Paleontologists said they discovered the bone of a large dinosaur at an excavation site in southwestern France in July.

Dinosaurs no longer exist — but if you think they do, you’re not alone.

OnePoll recently surveyed 2,000 Americans on behalf of Boat Rocker Studios. When asked if dinosaurs may still exist in remote areas of the world, 46% of them said yes — definitely.

Another 22% of them said yes — possibly. Only 33% of respondents correctly answered no.

Dinosaurs have been extinct for an estimated 66 million years, but most Americans believe their demise was much more recent.

Fifteen percent of respondents thought it was none of the above. 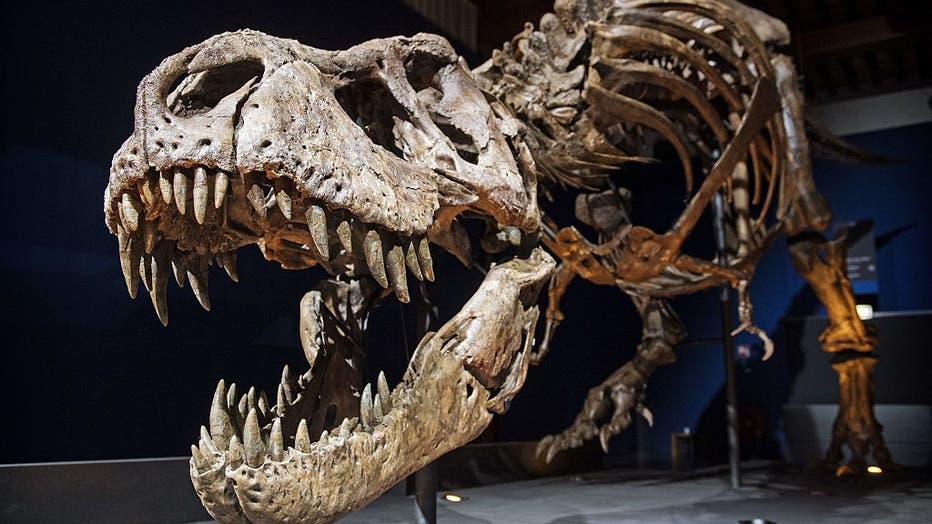 The skeleton of a T rex named Trix is installed in a room of the Naturalis museum of Leiden on Sept. 9, 2016, during the exhibition "T rex in Town". (MARTEN VAN DIJL/AFP via Getty Images)

Perhaps the least surprising response of the survey is that the tyrannosaurus rex was the creature most recognized by respondents. But 60% of those surveyed think there was a dinosaur called the "doyouthinktheysarus."

Only 40% of them knew that was wrong.

Researchers conducted the survey from May 18 — 24 and released their findings on June 1, which also happens to be International Dinosaur Day. The survey promotes Boat Rocker Studios’ animated series on dinosaurs.

It’s meant for preschool children, but the survey results indicate many adults would find it valuable.