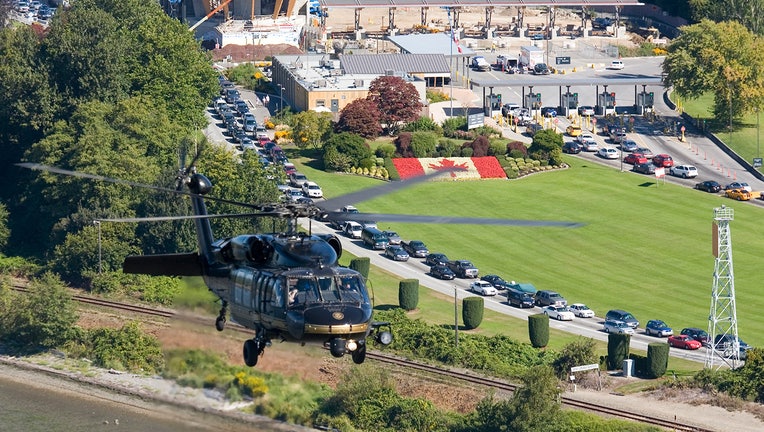 SEATTLE - The Department of Homeland Security's civil rights office will investigate reports that travelers of Iranian descent were singled out for extra scrutiny as they crossed the border from Canada into Washington last weekend, according to U.S. Rep. Pramila Jayapal.

The Seattle Democrat's office said Thursday she had received assurances from DHS the matter is being reviewed and that the Office of Civil Rights and Civil Liberties would send investigators to Washington.

DHS did not immediately respond to an email seeking confirmation and further details.

Civil rights groups and lawmakers have been demanding information from the department following reports that dozens of Iranian-Americans were detained and questioned for up to 11 hours at the Peace Arch Border Crossing in Blaine, Washington. The delays followed security warnings that Iran might retaliate for President Donald Trump's decision to kill a top Iranian general last week.

On Twitter Jayapal called the investigation an "important step forward" that came because of "the courage of those who spoke up to tell their story and our community's collective ability to quickly draw attention to this."

"Let's get answers and make sure it never happens again," she wrote.

Border agents typically have the discretion to refer a traveler for additional inspection, such as when a traveler's paperwork is not in order or if something raises the agent's suspicion. But immigrant rights groups and lawmakers said singling out Iranian-Americans absent such factors was wrong and violated their right to equal protection under the law.