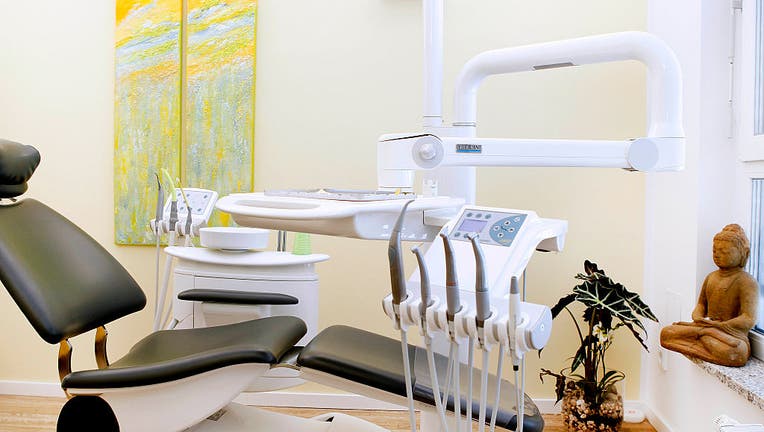 Many people have decided to forego the dentist and instead have turned to TikTok for oral care advice, which many dentists warn can be very dangerous.

The tag #DIYdentist, which has garnered over three million views on TikTok, is filled with videos sharing hacks to get perfect pearly whites without a trip to the dentist or the expenses associated with it. The viral videos have prompted dentists to turn to the app to document their reactions to botched dental care and the permanent damage that can result, as natural teeth enamel does not grow back on its own.

"When you file your nails they're going to grow back, but when you file your teeth, they don't grow back and that the problem, especially if you take too much off," TikTok dentist drzmackie posted in response to someone using a nail file to shape their teeth.

FACE OF ‘LIBS OF TIKTOK,' WHO REMAINED ANONYMOUS DUE TO THE LEFT'S ‘VIOLENT NATURE,’ FINALLY REVEALED

Some DIY practices include shaving teeth down with a nail file or sandpaper to fix uneven or chipped teeth, creating makeshift braces with rubber bands to close gaps and using a spoon to take braces off. Other tutorials even promote at-home dental kits with composite veneers to fix gaps and chips in teeth, while others have posted about two-day classes where people can learn to do their own composite resin veneers.

One influencer, Skylar Geiger, attempted to fill the gap in her teeth with dental cement she bought online, but it fell out only about a year later. She documented the whole process on TikTok, which prompted dentists to comment on her videos, warning that her DIY dental tactics could result in toot decay and gum issues.

"Be careful of decay that can form underneath these quite easily and any gum issues too from closing the space w that," restorative and cosmetic dentist Kishen Godhia commented.

"I'm a dentist too and must say, your response is very polite," another user commented in response. "I'm sure in reality you're freaking out over this just as much as I am."

TIKTOK ALGORITHM MYSTERY: WHAT WE KNOW, AND DON'T KNOW, ABOUT THE CHINESE GOVERNMENT'S CONTROL OF THE APP

Geiger said she resorted to fixing the gaps herself because she didn't have dental insurance, but many dental professionals warned that taking it upon yourself would only result in more problems later.

"I am a dentist. You're also gluing your two teeth together, which means you can't floss, which means food and bacteria will get stuck up there," one user said.

"There are so many dental schools that need patients if you don't have insurance," another added.

Dentist and TikTok influencer "The Bentist" posted a video for his 13 million followers in response to a girl who said she fixed her tooth gap with rainbow loom bands.

NEW TIKTOK CRAZE THE ‘LION DIET’ HAS TIKTOKERS EARING SALT, MEAT, WATER AND NOTHING ELSE

"If you put too heavy of a force on your teeth it actually causes that bone to dissolve and never grow back. Loom bands can be a little too heavy," he explained. "Those loom bands going around your teeth can slide upwards into the roots and cause a lot of problems."

Another woman has gone viral for her videos teaching her followers how to make their own night guards for $12 a piece.