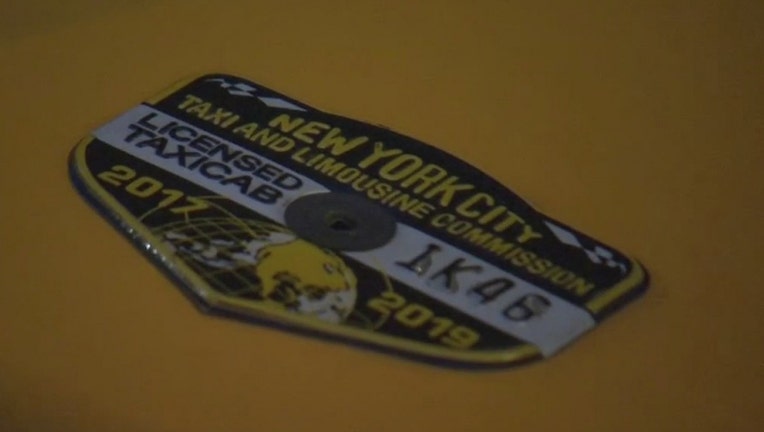 NEW YORK - New York City taxi drivers who owe hundreds of thousands of dollars on loans they took out to operate yellow cabs will see their burdens reduced substantially under a debt relief program announced Tuesday.

Under the program announced by city officials, the New York City Taxi Workers Alliance and taxi medallion lender Marblegate Asset Management, loans for 3,000 drivers who owe an average of $550,000 will be restructured to a maximum of $200,000. Of that, $30,000 will be covered by a grant and the balance will be secured by a city-backed guarantee, the officials said.

The city-backed guarantee means that drivers won't risk losing their homes if they default, said Bhairavi Desai, the executive director of the Taxi Workers Alliance, a drivers' union. "It's lifesaving and historic," she said.

Many taxi drivers who borrowed to buy the medallions that are required to operate a yellow cab landed in deep debt when the value of a medallion plunged from more than $1 million in 2014 to $200,000 a few years later. Taxi industry representatives blamed predatory lending practices as well as ride-hailing services like Uber for the crisis.

Cab drivers in New York City say they can't continue to operate at the current fares with gas prices rising so much.

City officials, the taxi alliance and Marblegate reached a tentative debt relief agreement in November of last year and worked out the details over the last several months. Under the plan announced Tuesday, medallion owners can apply to refinance their loans starting Sept. 19.

Andrew Milgram, managing partner and chief investment officer of Marblegate Asset Management, said drivers should not wait to apply. "With a rapidly changing economy, it is vital drivers act in the month of September to realize meaningful debt forgiveness and a sizable reduction in their monthly loan payments," Milgram said in a statement.

Mayor Eric Adams, a Democrat, praised the deal hammered out by members of his administration including the Taxi and Limousine Commission.

"Our taxicab medallion owners and drivers have always kept New York City moving, and it is finally time we pay it forward with real debt relief for owners in need," Adams said. "We are likely putting tens of thousands of dollars back into the pockets of these owner-drivers and showing them what real relief looks like."