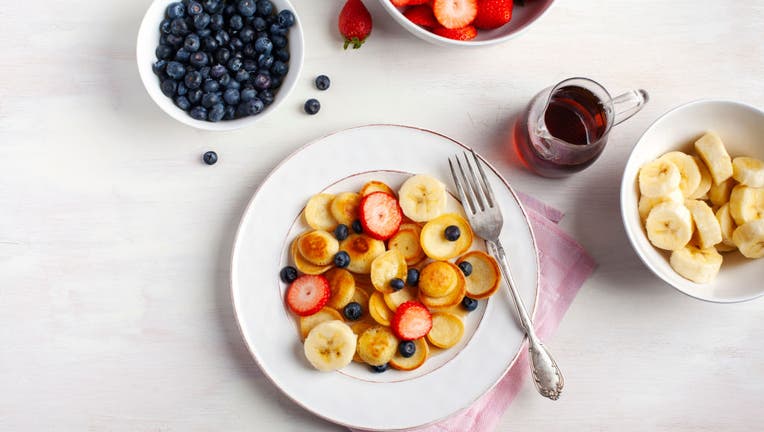 BETHESDA, Md. - A new study from the National Institutes of Health suggests eating during the daytime could reduce health risks for people who work during the night shift.

Scientists said working at night disrupts the body’s circadian rhythms, or the 24-hour internal clock, which controls the sleep-wake cycles. They said the disruption could lead to a risk of developing diabetes, heart disease, and obesity. They also point to previous studies that have shown that eating during night shift work impairs the body’s ability to process sugar, or glucose.

NIH researchers conducted a study involving 19 healthy young participants which included seven women and 12 men. Researchers first tested their circadian rhythms by keeping them awake for longer hours and under dim light. The participants were then randomly assigned to receive one of two scheduled meals while simulating nightshift work conditions for two weeks.

Comedic actor Chevy Chase was seen handing out chicken and fries at the drive-thru of a Raising Cane’s Chicken Fingers restaurant in Charleston after enjoying a meal there himself on Dec. 2.

One group ate meals during both the daytime and nighttime, which researchers said is typical of nightshift workers. The other group ate only during the daytime.

The researchers then looked at the effects of the scheduled meals on circadian rhythms and metabolism.

Mac and cheese is now breakfast food, according to Kraft

The company has removed the "dinner" label on its mac and cheese packages for the first time.

Researchers also found that eating breakfast after waking at night significantly affected insulin levels during the night shift schedule, but eating breakfast during the day did not. Insulin signals cells to take in glucose, and diabetes often results from problems processing insulin.

"This study is the first to demonstrate the health benefits of exclusive daytime eating during night shift work in humans," the study’s author wrote.

However, the authors note that additional studies with real-life shift workers are needed to further prove the hypothesis.

"This study reinforces the notion that when you eat matters for determining health outcomes such as blood sugar levels, which are relevant for night workers as they typically eat at night while on shift," lead researcher Dr. Sarah Chellappa University of Cologne in Germany said.