President Joe Biden called on unvaccinated Americans to get a COVID-19 shot after the FDA gave full approval of the two-dose vaccine on Aug. 23, 2021.

New daily cases of COVID-19 in the United States reached a staggering 229,831 on Aug. 24, according to Johns Hopkins data.

The novel coronavirus has killed 908 people in the past 24 hours, according to the same data set.

As the delta variant of COVID-19 continues to sweep through mostly the unvaccinated population, schools are now going back on previous plans to resume in-school learning and reverting to virtual classes or delaying students’ return.

More than 80 school districts or charter networks have closed or delayed in-person classes for at least one entire school in more than a dozen states. Others have sent home whole grade levels or asked half their students to stay home on hybrid schedules. 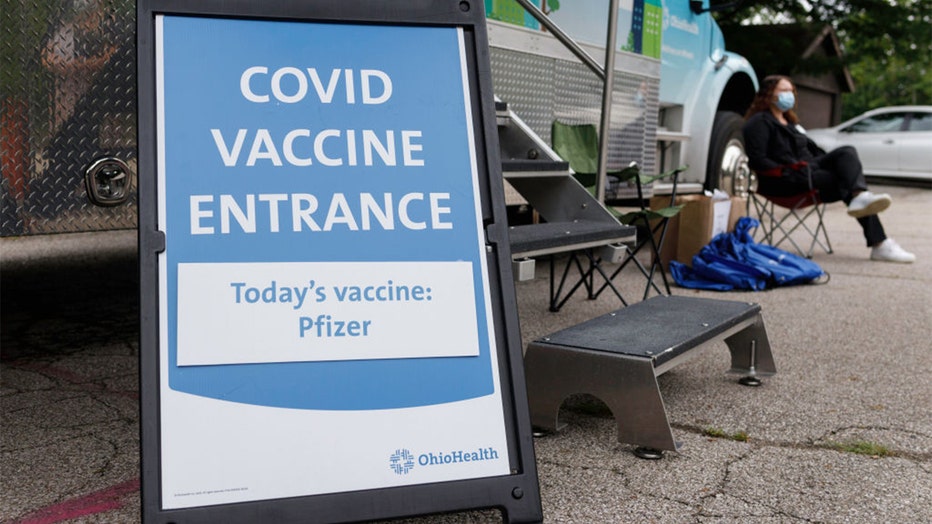 The setbacks in mostly small, rural districts that were among the first to return dampen hopes for a sustained, widespread return to classrooms after two years of schooling disrupted by the pandemic.

The delta variant has sent cases, deaths and hospitalizations soaring in recent weeks in the U.S., erasing months of progress. Deaths are running at about 1,000 a day on average for the first time since mid-March, and new cases are averaging 147,000 a day, a level last seen at the end of January.

The highest daily case rate recorded thus far was 293,508 in January 2021, according to data from the U.S. Centers for Disease Control and Prevention.

The Pentagon promptly announced it will press ahead with plans to force members of the military to get vaccinated amid the battle against the extra-contagious delta variant. The University of Minnesota likewise said it will require its students to get the shot, as did Louisiana's major public universities, including LSU, though state law there allows broad exemptions.

More than 200 million Pfizer doses have been administered in the U.S. under emergency provisions — and hundreds of millions more worldwide — since December. In going a step further and granting full approval, the Food and Drug Administration cited months of real-world evidence that serious side effects are extremely rare.

President Joe Biden said that for those who hesitated to get the vaccine until it received what he dubbed the "gold standard" of FDA approval, "the moment you’ve been waiting for is here."

"Please get vaccinated today," he said.

Federal health experts are echoing the president’s sentiments amid pushback from some Americans staunchly opposed to the COVID-19 vaccines.

RELATED: No off-label prescribing COVID-19 vaccines to kids under 12: FDA

On Monday, Dr. Anthony Fauci, the U.S. government’s top infectious disease expert, said he respects Americans' freedoms, but the current public health crisis has convinced him "enough is enough" in a conversation with CNN about public and private vaccine mandates.

Following the FDA’s approval of Pfizer’s COVID-19 vaccine this week, CNN's Anderson Cooper asked Fauci how much of a difference it would make if public and private employers began mandating vaccinations. Fauci acknowledged the FDA approval would be an incentive for companies and institutions to begin mandating the shot, adding he believes it would be a "good thing."

"I respect people’s freedom, but when you’re talking about a public health crisis, that we've been going through now for well over a year and a half, the time is come, enough is enough," Fauci told Cooper. "We've just got to get people vaccinated."

To date, 51.5% of the total U.S. population is fully vaccinated against COVID-19, while just under 61% has received at least one dose of a shot, data from the CDC showed.