LONDON - Former and current cigarette smokers live in more pain compared to those who have never picked up the habit, according to new research.

While the exact reason is unknown, researchers pointed to the fact that chemicals in cigarettes can cause permanent damage to body tissue, resulting in pain.

The study, published this month in Addictive Behaviors, analyzed data from more than 223,000 people in the United Kingdom who were asked to rate their levels of pain on a scale from zero to 100. 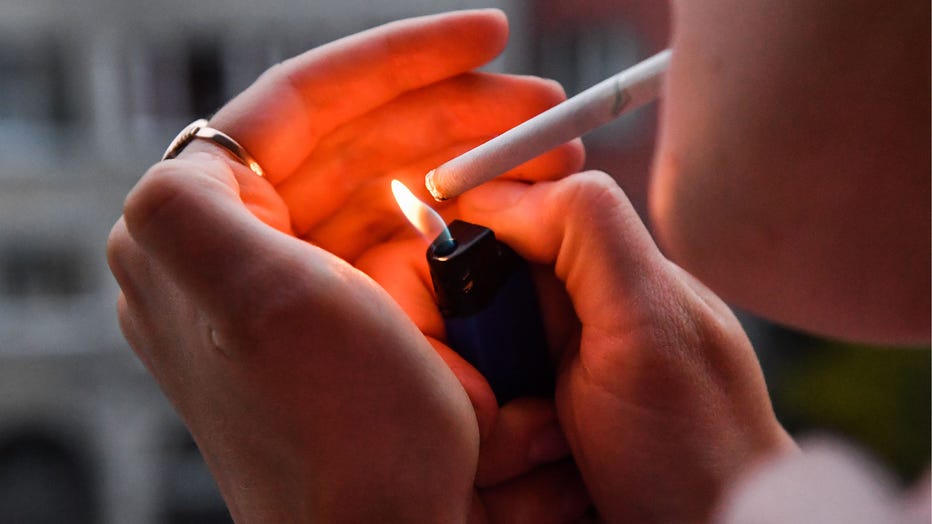 A file image shows a woman lighting a cigarette on a balcony. (Photo by Kirill Kukhmar/TASS via Getty Images)

The participants, all 16 or older, were divided into three groups — never smoked daily, used to smoke daily or currently smoke daily — and were asked to rank how much pain they had experienced over the past four weeks.

The researchers from the University College London found that both current and former smokers reported higher levels of pain than those who had never smoked among all age groups.

The most notable finding was that the highest levels of pain were found among the youngest age group, 16 to 34.

“This raises the possibility that a period of smoking may have lasting effects on pain experiences,” the study authors noted.

The study took into account of a number of factors that may have biased the results, including self-rated physical health, personality, symptoms of depression and anxiety, as well as alcohol consumption.

“We cannot rule out that there is some other difference between former smokers and never smokers that is causing these surprising results, but we have to consider at least the possibility that a period of daily smoking at any time results in increased pain levels even after people have stopped smoking,” said Dr. Olga Perski, the study’s lead author. “This may be due to negative effects of smoking on the body’s hormonal feedback loops or undiagnosed damage to body tissues. This is certainly an issue that needs looking into.”

In England, approximately 14.4 percent of adults were found to be “current smokers,” according to the UK’s National Health Service.

In the U.S., 13.7 percent of adults are current smokers, data from the Centers for Disease Control and Prevention shows.

Researchers said another key finding of the study was that former smokers were still experiencing the effects of elevated pain, even after quitting.

“The possibility that smoking may increase lifelong pain is another important reason not to take up smoking in the first place,” Perski added.