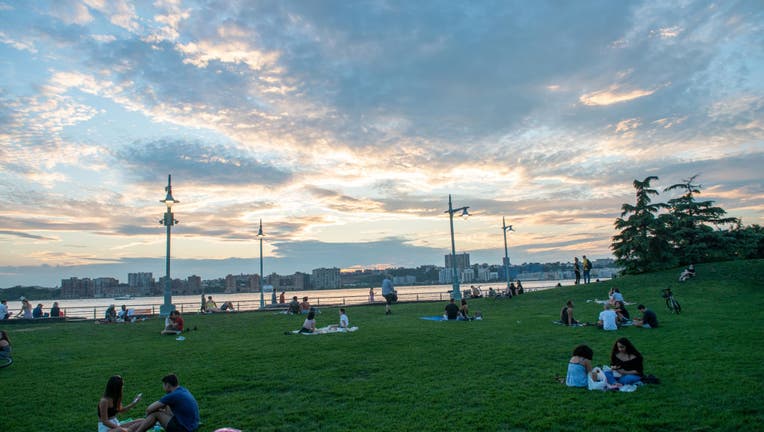 People are seen social distancing as the sun sets on the Hudson River Greenway near Chelsea Piers on August 01, 2020 in New York City. (Photo by Alexi Rosenfeld/Getty Images)

NEW YORK - New York Governor Andrew Cuomo announced Sunday that the number of hospitalizations in the state due to COVID-19 are at their lowest number since the pandemic began.

"We've now conducted over 6 million tests, and the numbers are just about where we want them to be, which is all very good news and says that our plan is working," Governor Cuomo said. "However, context is important, and there are storm clouds on the horizon in the form of new cases throughout the country and a lack of compliance here in the state, and I urge New Yorkers to stay New York Smart and local governments to properly enforce state guidance."

According to Johns Hopkins University, there are over 4.6 million coronavirus cases in the United States, and nearly 155,000 people have died so far.