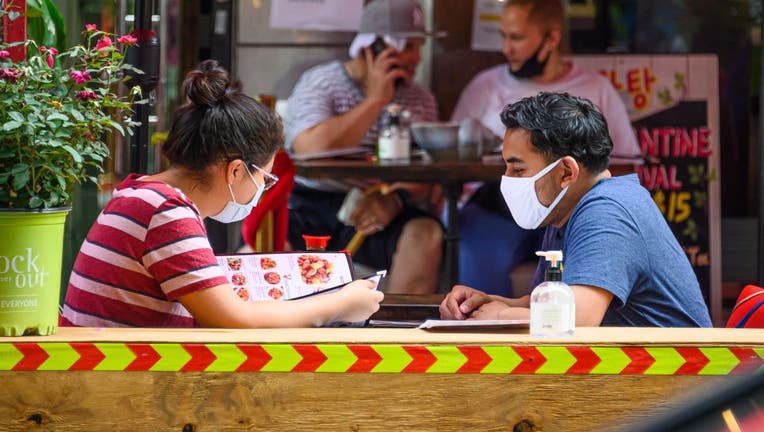 People wear protective face masks while dining at a restaurant in Korea Town as the city continues Phase 4 of re-opening following restrictions imposed to slow the spread of coronavirus on July 31, 2020 in New York City. (Photo by Noam Galai/Getty Im

In a press release, Cuomo also announced that New York had hit a record number of coronavirus tests on Friday, conducting 82,737 tests with just 753, or 0.91%, were positive. State data released Saturday also show there were 581 total hospitalizations on Friday and four deaths.

"Our future is dependent on what we do, and social distancing, wearing masks and washing hands are useful and effective tools as we combat this virus. New Yorkers should continue practicing those basic behaviors and local governments should enforce state guidance. That's what it means to be New York Tough,” Cuomo said. Cuomo continued to urge residents to remain vigilant and to not attend crowded parties

As COVID-19 cases continue to rise in neighboring New Jersey, Cuomo has said that he will work with and support the Garden State, while ruling out the possibility of adding New Jersey to New York’s list of restricted states where people must quarantine.

“I don’t know how you could quarantine New Jersey,” Cuomo said. “They don’t fly into New York, you’d have to blockade roads and we are not talking about blockading.” 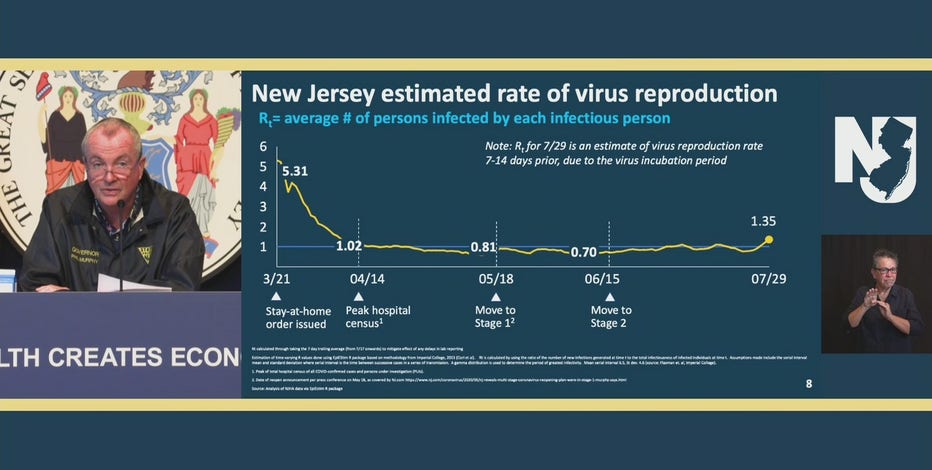 The number of COVID-19 cases in New Jersey are continuing to climb and are “setting off alarms,” according to New Jersey Governor Phil Murphy.

Meanwhile, Cuomo also announced that the New York State Liquor Authority handed out violations to 41 more establishments across New York City and Long Island on Friday night, with Manhattan receiving the lion’s share at 27. Long Island and Queens each received five, the Bronx received two, and Brooklyn and Staten Island both received one.