Coyotes in the Bronx

The New York City Department of Parks and Recreation confirmed that coyotes do live among us but generally aren't dangerous and will try to avoid people.

NEW YORK - FOX 5 NY photojournalist Brenda Rivera recoded a video of a coyote roaming the Riverdale section of the Bronx recently. Residents said they hear howling at night and wonder if the coyotes have a den in the neighborhood.

The New York City Department of Parks and Recreation confirmed that coyotes do live among us but generally aren't dangerous and will try to avoid people.

"Over the last several decades coyotes have been expanding their natural range in response to ample food and open habitat," the Parks Department said in a statement. "Coyotes are living within the city limits, we are aware of coyotes living in the Bronx, Queens, and Manhattan." 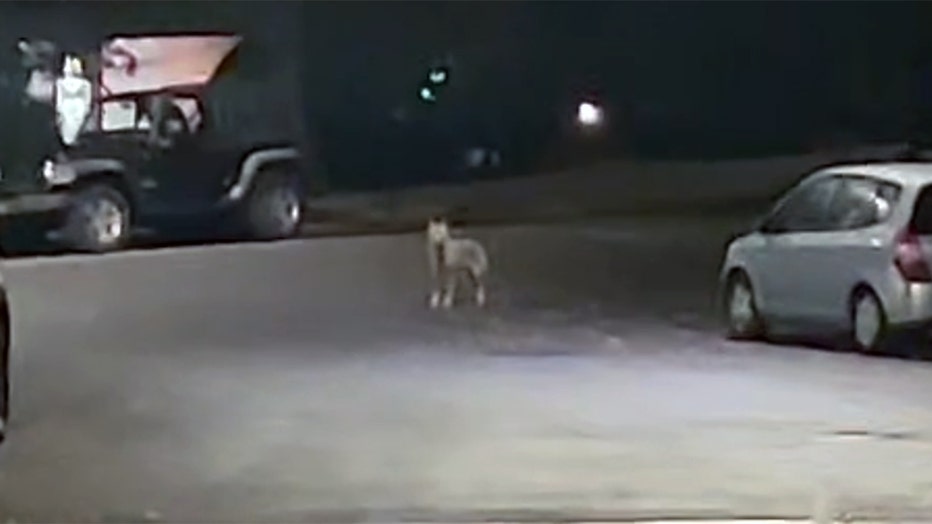 A coyote on a street in the Bronx. (FOX 5 NY Image by Brenda Rivera)

"Seeing a coyote for the first time can be an exhilarating or an alarming experience," the Parks Department said. "By following simple coexistence guidelines — such as observing them from a distance — you can keep yourself, your family, your pets, and even the coyotes safe."

The Parks Department's website has information about wildlife in New York City and tips on what to do when you encounter different species. For example, you should never feed coyotes because doing so could cause them to get used to people.

"Keeping coyotes wild is the key to coexistence," the Parks Department website states. "Their life and your safety depend upon coyotes remaining naturally wary of people."