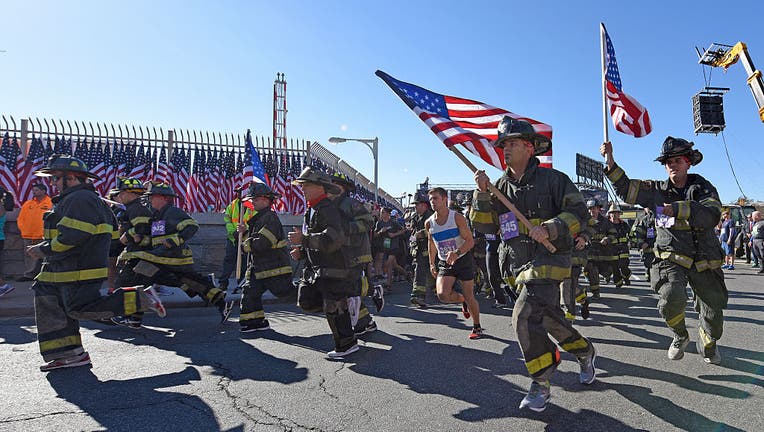 NEW YORK (AP) - The coronavirus pandemic forced the cancellation of an annual run honoring a fallen firefighter, but the firefighter's brother joined a handful of people in walking through the Battery Tunnel on Sunday to honor the memory of those who died on Sept. 11, 2001.

“It’s different this year, obviously, we should have 30,000 plus people running through the tunnel, coming out here, looking at all the banners and the pictures when you come out,” Frank Siller said after walking through the tunnel with Triborough Bridge and Tunnel Authority officials. “But it’s still just as important.”

The Tunnel to Towers 5K Run and Walk retraces the footsteps of Siller's firefighter brother Stephen, who was killed at the trade center on Sept. 11, 2001 after running through the tunnel between Brooklyn and Manhattan in full gear.

The run is hosted by the foundation Frank Siller created to raise money for wounded veterans and families of fallen first responders.