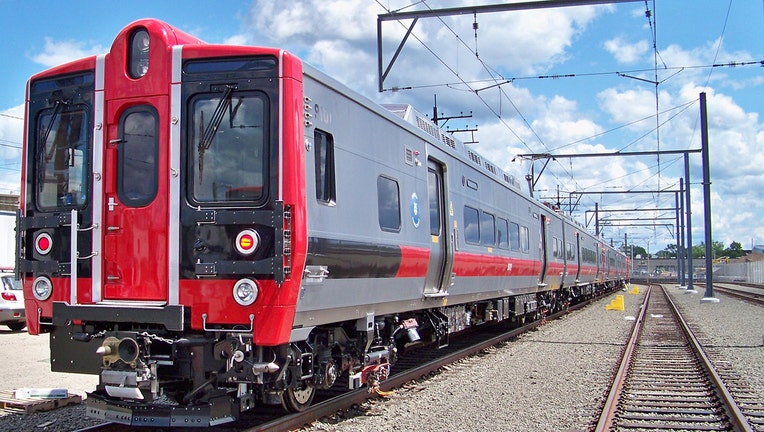 (AP/FOX 5 NY) - The administration of Gov. Ned Lamont has unveiled a plan that aims to reduce commuter rail times from Connecticut to New York City by as much as 25 minutes by 2035, while pledging in the meantime to make the trip from New Haven to the Big Apple 10 minutes faster as early as 2022.

The plan would cost between $8 billion to $10 billion and would "provide additional capacity and improve needs, frequency, and reliability throughout Connecticut," Lamont's office said. A lot of the funding for the plan would come from a federal infrastructure bill that has yet to pass.

The demand for commuter rail service is increasing as the region emerges from the COVID-19 pandemic. Metro-North Railroad on Monday returned eight trains to the New Haven Line and plans to add more service in August.

"Connecticut is home to the most used commuter rail line in the country, and it is a key component of our economic growth, supporting the ability of thousands of people every day to get to their jobs and earn a living," Lamont said in a statement. "But our aging infrastructure is not only slowing our travels, it's slowing our economic growth. Nobody wants to live and work in a place where they spend hours stuck in their daily commutes."

Although Washington hasn't yet passed a massive federal infrastructure bill, state Department of Transportation Commissioner Joseph Giulietti said the state has already received enough federal funding to embark on some of the work needed to alleviate long-standing slowdowns along the rails.

That includes improvements to signalization systems and movable bridges, as well as the creation of new sections of track that allow trains to pass one another. Giulietti said a lot of deferred maintenance was also completed during the coronavirus pandemic when ridership was low, including work on catenary wires along the New Canaan Branch that can sag in the summer and often delay trains.

"You're going to see at least ten minutes next year," Giulietti said of the projected time-savings, noting how the necessary funding is in place. "We're going to be able to start running some express trains that are going to take out 10 minutes of travel time and that will be real. That will start next year. And beyond that, it's going to go in segment by segment."

But Giulietti stressed that more federal funds will still be necessary.

"Washington is an important piece of the funding puzzle. We can't rebuild Connecticut infrastructure without a federal infrastructure bill, and we can't improve Connecticut's rails without federal partners," he said.

Representatives from both Metro-North and Amtrak, who were on hand for the news conference, lauded the latest effort to try and speed up commuting times along a section of rail line that's been plagued for years by slowdowns. Prior to the pandemic, Metro-North was the busiest commuter rail line in the U.S., carrying more than 40 million passengers annually.

"Public transportation is the lifeblood of our economy, and we at the MTA (Metropolitan Transportation Authority) and at Metro-North support improved intercity and commuter rail service for the benefit of all Connecticut residents," said Metro-North Railroad President Catherine Rinaldi. "Time For Connecticut is exactly what we need to promote economic growth that will see us through the pandemic recovery and will set the state up for success for decades to come."

Lamont said that "faster trains and faster highways mean more jobs." In a news release, his office listed these benefits of the plan: