The election that will pick the next mayor of New York City is more than a year away. But the field of presumed and declared candidates is growing. Comptroller Scott Stringer announced he is running. And Sanitation Commissioner Kathryn Garcia said she is resigning her post as she considered tossing her hat in the ring, too.

NEW YORK (AP) - New York City Comptroller Scott Stringer formally announced his candidacy for mayor Tuesday, pledging to build the city back from the coronavirus pandemic and economic crisis if he is elected to succeed Bill de Blasio in 2021.

"This city is strong. Our people are strong. But they should not have to fight their way back on their own," Stringer said in a speech outside his childhood home in upper Manhattan.

The 60-year-old Democrat got his start in city politics when he was appointed to his local community board at age 16. As comptroller, he is the city's chief fiscal officer and chief auditor. He was first elected to the position in November 2013, when de Blasio was first elected mayor. Both are barred by the city charter from seeking reelection in 2021.

Stringer has previously served as Manhattan borough president and as a member of the state Assembly.

Stringer will likely be part of a crowded Democratic primary field in the first New York City election that will be determined by ranked-choice voting, with voters ranking as many as five candidates in order of preference. 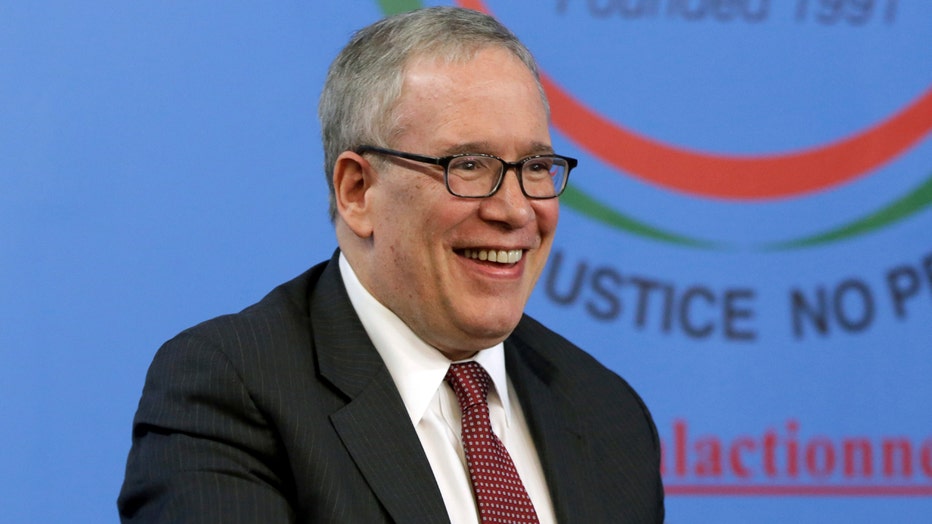