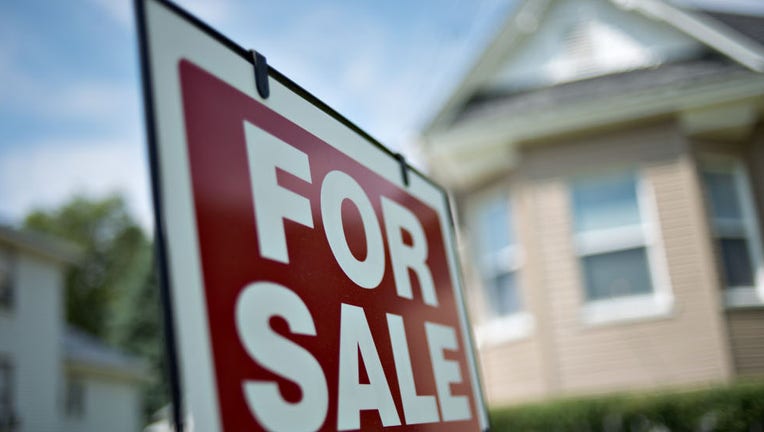 FILE-A "for sale by owner" sign stands outside a home. (Daniel Acker/Bloomberg via Getty Images)

NEW YORK - A Pennsylvania mortgage company owned by billionaire businessman Warren Buffett's Berkshire Hathaway discriminated against potential Black and Latino homebuyers in Philadelphia, New Jersey and Delaware, the Department of Justice said Wednesday, in what they are calling the second-largest redlining settlement in history.

Trident Mortgage Co., a division of Berkshire's HomeServices of America, deliberately avoided writing mortgages in minority-majority neighborhoods in West Philadelphia like Malcolm X Park; Camden, New Jersey; and in Wilmington, Delaware; the DOJ and the Consumer Financial Protection Bureau said in their settlement with Trident.

As part of the agreement with the DOJ and the CFPB, Trident will have to set aside $20 million to make loans in underserved neighborhoods.

"Trident’s unlawful redlining activity denied communities of color equal access to residential mortgages, stripped them of the opportunity to build wealth, and devalued properties in their neighborhoods," said Kristen Clarke, an assistant Attorney General of the Justice Department’s Civil Rights Division, in a prepared statement.

The DOJ alleged that between 2015 and 2019 the employees of Trident, which stopped writing mortgages in 2020, made racist comments about making loans to Black homebuyers, calling certain neighborhoods "ghettos."

One manager of Trident was photographed posing in front of the Confederate Flag. The marketing materials used by Trident involved exclusively white individuals, and nearly all of the company's staff were white.

Josh Shapiro, Pennsylvania's attorney general who is running for governor, called the behavior by Trident "systematic racism, pure and simple."

Philadelphia has a long history of racism toward Black homebuyers that even to this day is not resolved. The Philadelphia City Council released a report Wednesday that found that 95% of all of Philly's home appraisers were white and a racial gap remains between how homes owned by Black homeowners are valued versus homes owned by white owners.

Trident also agreed to hire mortgage loan officers in impacted neighborhoods as well as pay a monetary fine of $4 million. Since Trident no longer operates, a separate company will be contracted to provide the $20 million in loan subsidies, the DOJ said.