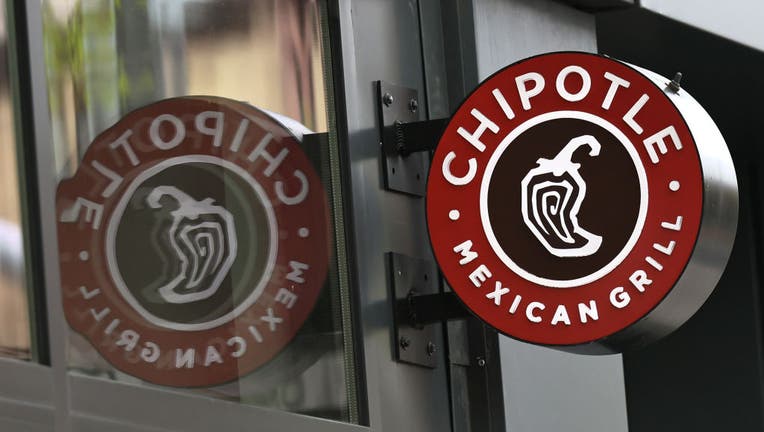 A Chipotle Mexican Grill sign is seen in the Park Slope neighborhood on April 29, 2021, in the Brooklyn borough of New York City. (Photo by Michael M. Santiago/Getty Images)

NEW YORK - Chipotle is testing a new kind of chicken for the first time in its 28 year history.  It is called Pollo Asado.

The test is going on at 95 restaurants in Cincinnati, Ohio and Sacramento, Calif.  Chipotle did not say how long the test would last.

The restaurant chain says the flavoring is a mixture of garlic, fresh lime, guajillo peppers, and hand-chopped cilantro.

Chicken has long been the top protein choice among Chipotle guests," Chris Brandt, Chipotle’s chief marketing officer said in a statement. "With the celebrated Adobo chicken recipe already on our menu, we decided it was time to add another option and our new flavorful Pollo Asado chicken is another perfect complement to our real ingredients."

The Denver-based burrito chain has been raising prices to deal with higher labor costs and growing ingredient costs.  Chipotle has hiked prices three times since August 2020, the most recent being a 4% increase in June to cover the cost of raising wages for its restaurant workers to an average of $15 per hour.

The company did not say if the new chicken would cost more than its traditional Adobo chicken menu items.

The highly transmissible delta variant of the coronavirus, combined with staff shortages and the rising cost of food is throwing the restaurant industry in New York City into further uncertainty, just as businesses were bouncing back.