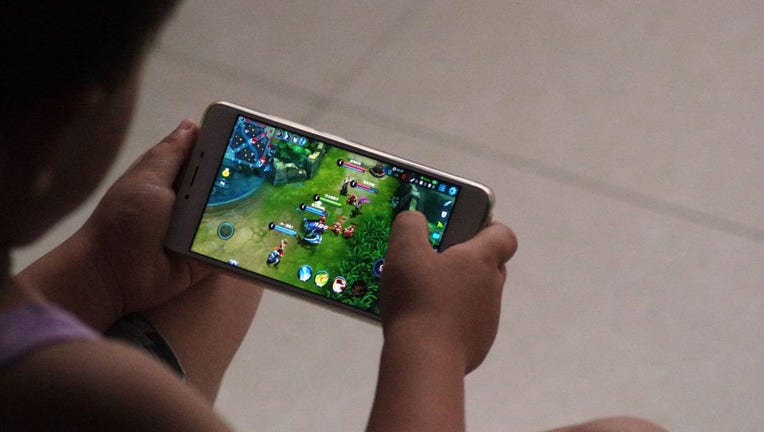 HONG KONG - As the week-long Lunar New Year holidays in China draw near with promises of feasts and red envelopes stuffed with cash, children have another thing to look forward to – one extra hour of online games each day.

For years, Chinese authorities have sought to control how much time kids can spend playing games online, to fight "internet addiction." They've claimed success in curbing the problem but are taking no chances.

In 2019, authorities restricted minors to playing 90 minutes a day on weekdays and banned them from playing between 10 p.m. and 8 a.m. In 2021, they issued even harsher restrictions: Minors are allowed to play online games for only an hour a day and only on Fridays, weekends and public holidays. Game approvals were halted for eight months.

Many parents have lauded the restrictions, even as their children threw tantrums. Social media and games companies set up or strengthened "youth mode" settings on their apps meant to protect minors. They include features that limit use, control payments and display age-appropriate content. For some popular games, real-name registration and even facial recognition gateways have been implemented to prevent workarounds.

In November — more than a year after the stricter game controls were introduced — a government-affiliated industry group, Game Industry Group Committee, issued a report declared the gaming addiction problem among minors was "basically resolved," even as the three-hour weekly limit for Friday, Saturday and Sunday stayed in place.

Overall, the Game Industry Group's report said, more than 75% of minors in China played online games for less than three hours a week and most parents expressed satisfaction with the new restrictions.

A report by games market intelligence firm Niko Partners in September found that the number of youth gamers declined to 82.6 million in 2022 from its peak of 122 million in 2020 as a direct result of China’s regulations.

Beijing resident Zhong Feifei said her 11-year-old daughter has spent less time on games since the restrictions came into effect. "My daughter gave up playing online games during the prohibited time,"

Zhang has encouraged her daughter to play with other children or spend time on other activities.

"Even during the public holidays, she doesn’t spend too much time gaming anymore because she has found something else to do, such as playing with our dog or other toys," she said.

The Game Industry Group's report said the "biggest loophole" in the gaming restrictions was parents who help their kids bypass the controls. The harsh restrictions have also spawned an underground market where minors can buy "cracked" games that are unsupervised, or rent adult game accounts.

Zhong enjoys playing online games, too, but said she avoids doing so when with her child, leaving the house to play to try to set a good example.

Parents are the most important factor when it comes to curbing gaming addiction, said Tao Ran, director of the Adolescent Psychological Development Base in Beijing, which specializes in treating the problem.

Tao’s estimates the restrictions and "youth mode" settings on apps have helped counter addiction to online gaming among younger children, who may not know how to find workarounds. Kids in middle school or high school tend to be more resourceful and often find ways to beat restrictions. That might mean convincing their parents to let them use their accounts, or figuring out passcodes to turn off "youth mode."

With so many people trapped at home during the pandemic, kids were spending huge amounts online, noted Tao.

The United States has put restrictions in place for travelers coming from China as the country is seeing a surge in cases. LiveNOW from FOX talks with Doctor Schaffner, an infectious diseases expert about the latest with Coronavirus.

With the crackdown easing, regulators have resumed approving new games.

In February, NetEase, the country’s second-biggest games firm, was awarded a license for Fantasy Life, a role-playing simulation game by Nintendo. However, the company's partnership with Activision Blizzard is set to end by Jan. 23, which will see the withdrawal of hit titles such as Overwatch and World of Warcraft from the Chinese market until Blizzard finds a new domestic partner to publish its games.

Not all parents agree with the government's heavy-handed approach.

"I’m not against minors gaining access to the internet, games or social media, as this is an overall trend and it’s impossible to stop them," she said. "It’s better to let them face these activities and intervene appropriately if they are unable to control themselves, and steer them toward other interests."