Chick-fil-A is opening a new kind of drive-thru experience.

The fast food chain announced last week that it is testing an express drive-thru lane just for customers who order ahead on the Chick-fil-A app.

Chick-fil-A’s "Drive-Thru Express" is being tested at 60 restaurants nationwide and could expand to more restaurants next year, according to a press release.

CHICK-FIL-A BRINGS BACK PEACH MILKSHAKE FOR SUMMER, REVEALS WHERE TREAT IS MOST POPULAR

To use the express lane at a participating restaurant, customers just have to select the restaurant on the Chick-fil-A app and select "Drive-Thru Express" as the destination before placing an order.

Once they get to the restaurant, customers should follow the signs to the express lane, scan a QR code in the express lane and pull forward to receive their order, the press release said.

Chick-fil-A said its new drive-thru lane "could be the quickest and easiest way to order and pick up a meal."

"The express drive-thru lane is a game-changer for our busy customers and our Team Members," Jonathan Lassiter, a senior integration leader on Chick-fil-A’s service and hospitality team said in a statement. 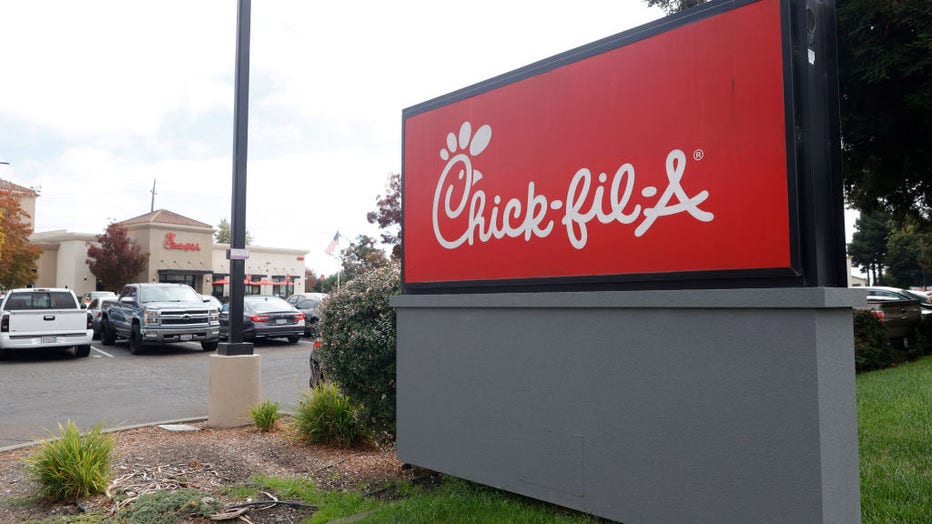 FILE IMAGE - A view of a Chick-Fil-A restaurant on Sept. 10, 2021, in Rohnert Park, California. (Photo by Justin Sullivan/Getty Images)

"The lengthiest part of our drive-thru ordering process is the brief wait to get your order taken," Lassiter added. "The express lane cuts down ordering and payment time significantly, granting customers access to greater speed, ease and convenience when they want it most." 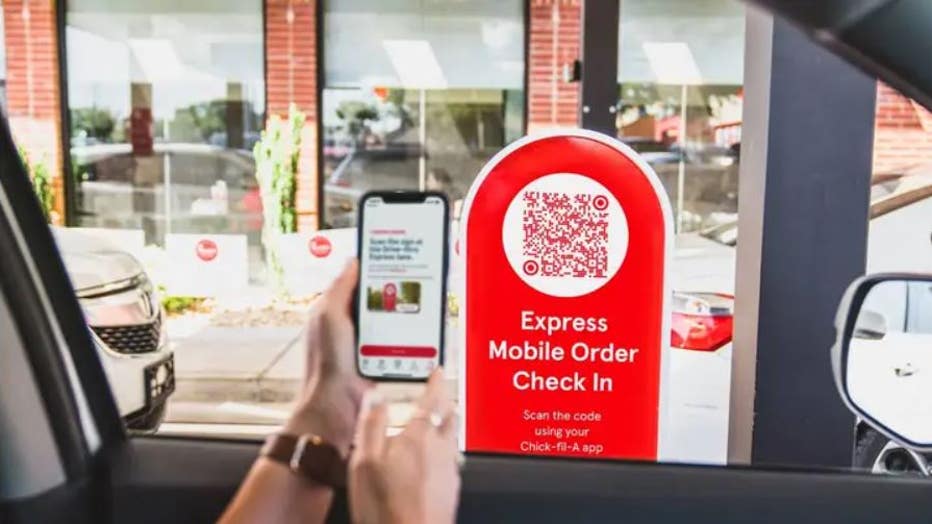 Chick-fil-A is testing a new express drive-thru lane at 60 restaurants nationwide, just for customers who order ahead on the mobile app. (Credit: Provided / Chick-fil-A)

The chain has found that wait times have decreased "significantly" for customers who use the express drive-thru lane, according to the press release.

Despite the innovation, Chick-fil-A said that customers can continue to order in more traditional ways at the drive-thru or inside the restaurant.