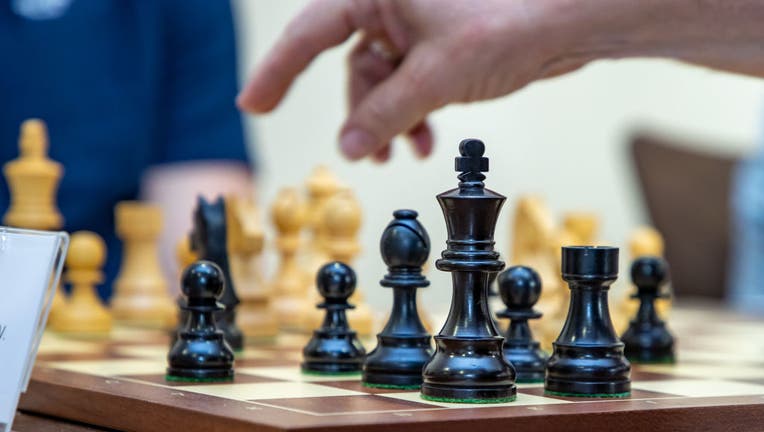 A hand moves a piece across the chess board during the Werner Ott Open of the Kreuzberg Summer at the Berlin Kreuzberg Chess Club. Photo: Andreas Gora/dpa (Photo by Andreas Gora/picture alliance via Getty Images)

A chess robot broke a 7-year-old boy's finger during a match in Russia last week.

Video posted to social media of the incident shows the robot, which is playing three simultaneous matches against various opponents using a large mechanical arm, playing the young victim. The boy, reaches to move one of his pieces and the robot grabs his finger. The robot did not appear to make any severe twisting or other movements after grabbing the finger, however.

Several adults rushed in soon after the incident and freed the boy's hand.

"The robot broke the child’s finger," Sergey Lazarev, president of the Moscow Chess Federation, told the TASS news agency after the incident. "This is of course bad."

"The robot was rented by us, it has been exhibited in many places, for a long time, with specialists. Apparently, the operators overlooked it. The child made a move, and after that we need to give time for the robot to answer, but the boy hurried, the robot grabbed him. We have nothing to do with the robot," Lazarev continued.

According to The Guardian, Sergey Smagin, vice-president of the Russian Chess Federation blamed the boy for the incident.

"There are certain safety rules and the child, apparently, violated them. When he made his move, he did not realize he first had to wait," Smagin said. "This is an extremely rare case, the first I can recall," he added.

According to Lazarev, the boy was not phased by the incident and returned to play chess the next day with his finger in a cast.