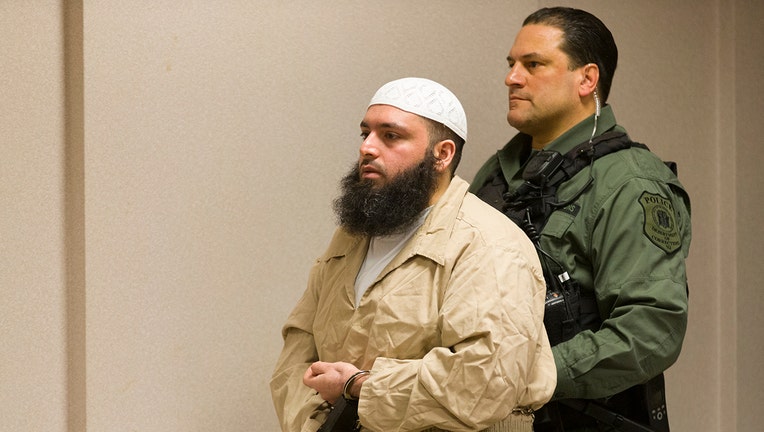 ELIZABETH, N.J. (AP) - An Afghan-born U.S. citizen already serving life in prison for a bombing in New York City was sentenced Friday to an additional life term for a shootout with police in New Jersey as he attempted to avoid arrest in 2016.

The shooting occurred in Linden, New Jersey, two days after a bomb exploded in Manhattan's Chelsea neighborhood, injuring 30 people. After police responded to a call and found Rahimi sleeping in a doorway, he fired at one officer, who was saved by his protective vest. Another officer was struck in the head by a bullet fragment that pierced his windshield.

The ensuing gun battle continued through the New Jersey town's streets until Rahimi was captured.

Officer Angel Padilla, who was the first to come upon Rahimi in the doorway and has since retired as a result of the shooting, was in court Friday and recalled their confrontation.

"It was a call for a man sleeping on a vestibule," he said after the sentencing. "I never thought I would confront the person they had been looking for. I knew that I would have to take my time asking him questions and waiting for my backup to show up, but never in a million years did I think it would end the way it did."

In October, a jury convicted Rahimi on all 30 counts he faced, including attempted murder and aggravated assault counts against several officers, plus several weapons charges.

Rahimi is a U.S. citizen who was born in Afghanistan but grew up in New Jersey. He was previously convicted in a separate trial of planting the two bombs in New York. The bomb that detonated was powerful enough to hurl a 100-pound trash bin more than 120 feet, shatter windows and leave metal scraps strewn on the street.

No one was killed, but 30 people suffered injuries, including cuts caused by flying metal and glass. A second bomb planted on the street failed to explode.

Investigators identified Rahimi as a suspect through a mobile phone attached to the Manhattan bomb that didn't detonate.

As authorities hunted for him, they discovered a backpack containing additional explosives near a New Jersey transit station in Elizabeth, New Jersey.

Rahimi graduated from high school in New Jersey in 2007 and later attended community college, where he majored in criminal justice but didn't graduate. His family operated a chicken takeout restaurant in Elizabeth not far from the courthouse where he was tried.

At Friday's sentencing, Deitch said Rahimi has "not shown one iota of remorse for his actions."

Rahimi sat quietly during the sentencing and declined to make a statement to the court.

At Rahimi's previous sentencing in New York, prosecutors also had criticized him for not showing remorse and for seeking to radicalize fellow prisoners at the federal jail in New York where he had been imprisoned since his arrest.

They maintained he gave inmates copies of terrorist propaganda and jihadist materials, including speeches and lectures by al-Qaida founder Osama bin Laden and Anwar al-Awlaki, a U.S.-born cleric who inspired attacks on America and was killed in a U.S. airstrike in September 2011. 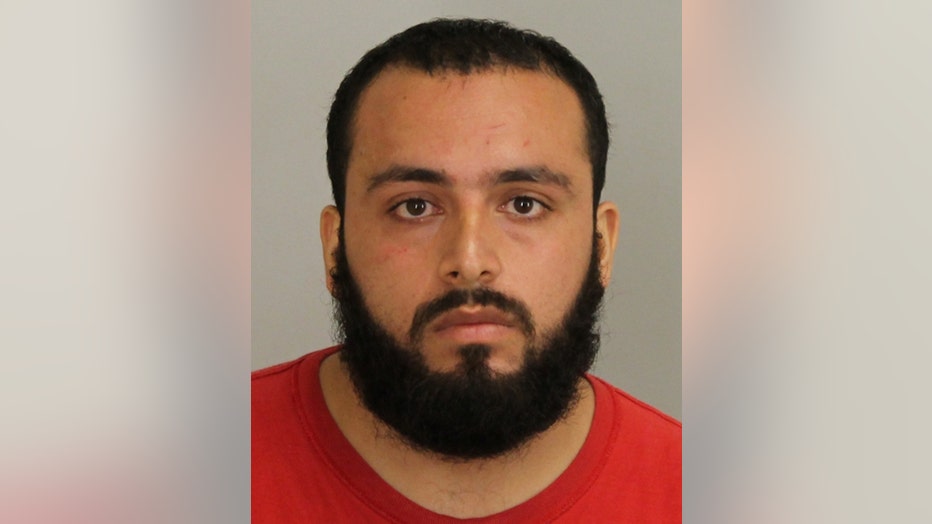