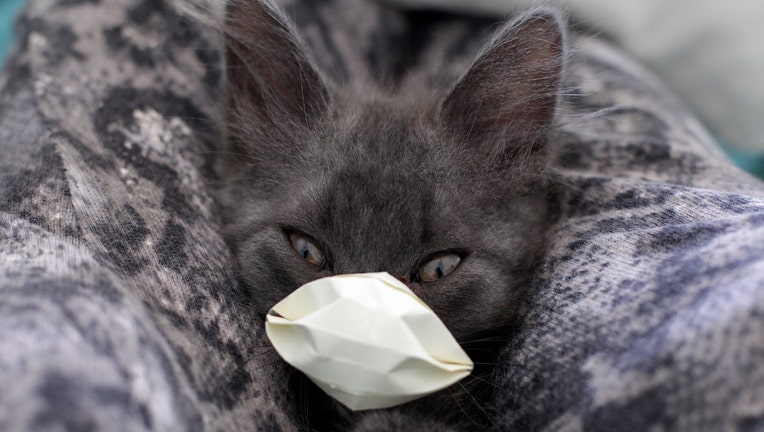 FILE - A cat with a protective mask. (Photo by Carol Smiljan/NurPhoto via Getty Images)

NEW YORK - Based on new details of two cases of COVID-19 in pet cats that contracted the disease at the height of the outbreak in the United States, the Centers for Disease Control and Prevention recommends that you should stay away from your pets if you have the coronavirus, and separate them from other animals if they get sick, too.

In both cases—a cat from Nassau County and a cat that lived in Orange County—people from the same household had the virus or virus-like symptoms. The cats later developed mild respiratory illnesses. In both cases, other cats in each home did not contract the disease, according to a study's findings released Monday in the CDC's Morbidity and Mortality Weekly Report. 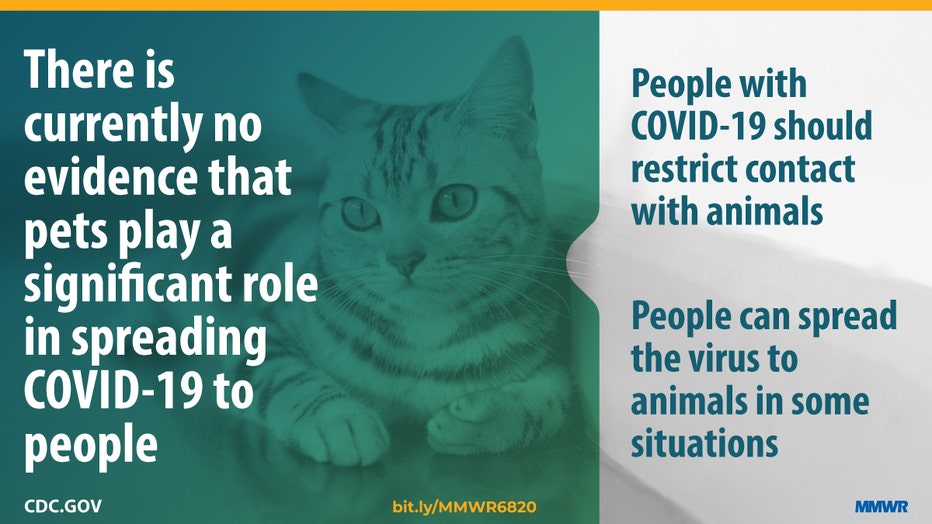 Both cats were typically kept indoors but did occasionally venture outside. There was no evidence the felines had spread the virus to other humans or animals outside the home. The cats fully recovered.

The risk of pets spreading coronavirus to people "is considered to be low," the CDC said but cats do appear to be susceptible to the virus from human contact.

In April, several tigers and lions at the Bronx Zoo tested positive for the virus, as did a small number of other animals around the world.

The CDC is advising people with suspected or confirmed COVID-19 to restrict contact with animals during their illness and to monitor any animals with the illness and to separate them from other people and animals in the home.

"Animals are not known to play a substantial role in spreading COVID-19, but persons with COVID-19 should avoid contact with animals," the MMWR study said. "Companion animals that test positive for SARS-CoV-2 should be monitored and separated from persons and other animals until they recover."

An estimated 76 million pet cats live in the United States, and approximately 70% of U.S. households own at least one pet.

As case numbers drop and the nation begins to reopen, the disease is still prevalent in the U.S., which has had nearly 400,000 confirmed cases; more than half those cases were in New York state.