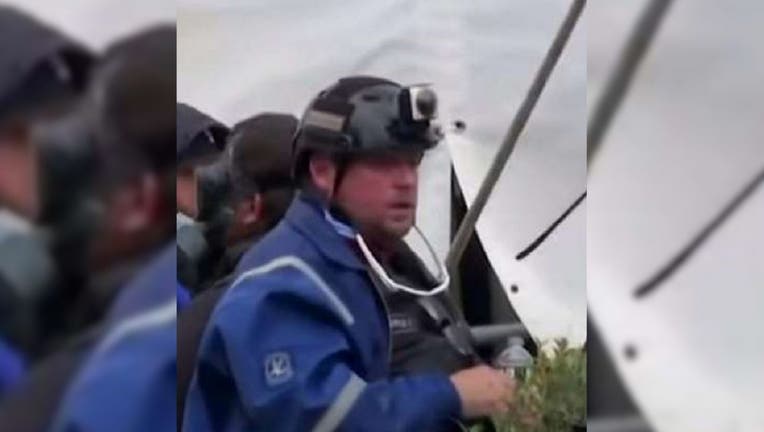 Authorities said Guy Reffitt participated in the deadly storming of the U.S. Capitol. His family said he made threatening remarks to prevent them from talking to authorities, according to court documents.(FBI)

WASHINGTON - A Texas man with ties to a far-right militia participated in the deadly Jan. 6 siege of the U.S. Capitol and threatened to shoot his children if they turned him in to authorities, according to court documents.

Guy Reffitt, a resident of the Dallas suburb of Wylie, was arguing with his son and daughter about his trip to Washington D.C., when he made threatening remarks, his wife told the FBI.

"If you turn me in, you’re a traitor and you know what happens to traitors … traitors get shot," he allegedly said.

Reffitt is charged with obstruction and knowingly entering or remaining in a restricted building or grounds. Investigators tracked him down after he appeared on footage aired on Fox News and posted to YouTube, court documents said.

He told his family he traveled to Washington to "protect the country" and that he brought a gun with him, prosecutors said. Images of Reffitt appeared to show him wearing a helmet with a camera mounted on it.

Once back home, he allegedly told his son that he had to "erase everything" because the FBI was watching him. He also said he would "do what he had to do" if the family reported him to authorities, the documents said.

At one point while his daughter was on the phone with a friend, he allegedly told her that he would "put a bullet through" the phone if she was recording him.

Authorities arrested Reffitt on Friday and found an AR-15 style rifle and a Smith & Wesson pistol during the execution of a search warrant on his home, according to court papers. His wife told authorities she believed her husband would not act on his words.

Investigators said someone named "Guy Reffitt" provided his email and phone number on the website for the Texas Freedom Force, an extremist group committed to protecting and preserving "Texan's Rights," according to its website. 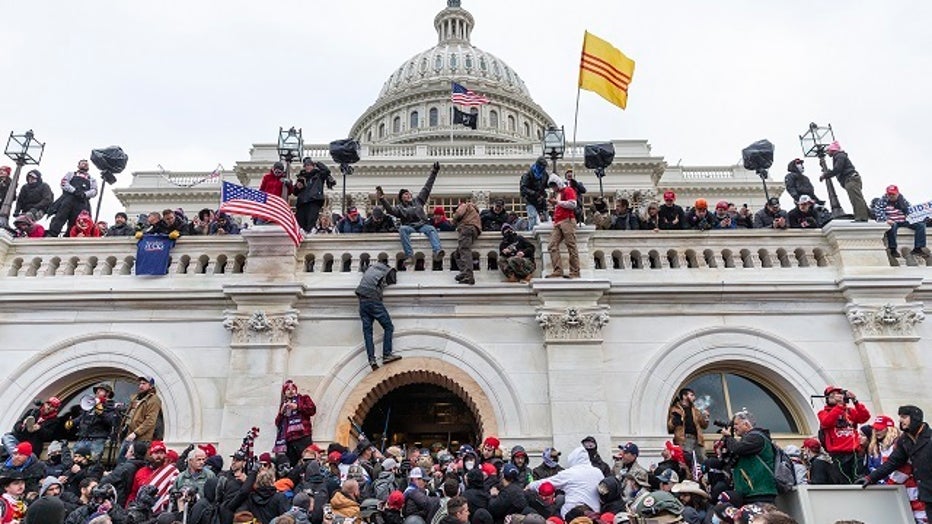 Protesters are seen all over the Capitol building where pro-Trump supporters riot and breached the Capitol. (Photo by Lev Radin/Pacific Press/LightRocket via Getty Images)