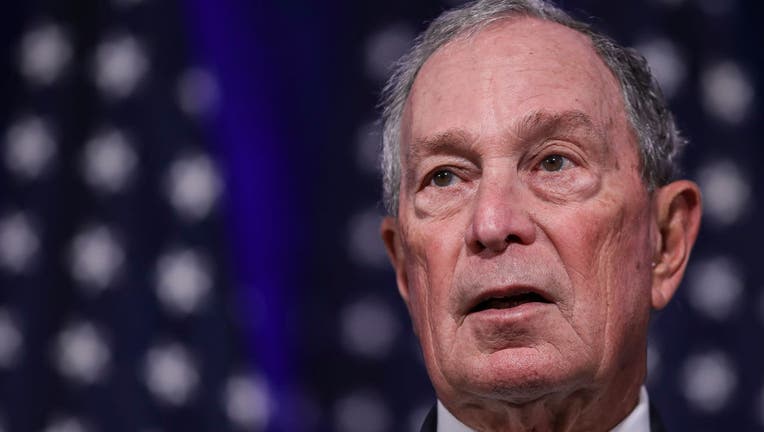 The ad is set to begin running Wednesday in all 50 states, including the first four on the presidential primary calendar.

The former New York City mayor, who entered the presidential race less than two weeks ago, launched his White House bid by introducing himself to voters across America in an initial national advertising campaign backed by close to $40 million. The spending behind the new one is being described as consistent with the first, although Bloomberg's team would not disclose the specific dollar amount.

The first ad highlighted Bloomberg's life story, including his success in business and philanthropy. The one that begins Wednesday focuses on his success fighting America's gun lobby, “big coal” and “big tobacco.” If he can win those fights, the narrator in the ad says, he can beat Trump.

The new ad, set to run for the next two weeks, replaces the first one and runs on national television across all 50 states and roughly 100 local markets across the country. Bloomberg has said he is not competing in the first four states on the primary calendar — Iowa, New Hampshire, Nevada and South Carolina — although the ad will air in those states, according to a spokesman.

Still, Bloomberg's plan calls for “much deeper buys" in states that hold primary contests in March, particularly the first Tuesday of the month, dubbed “Super Tuesday." Bloomberg's vast personal wealth has proven to be both an asset and a liability in the Democratic primary contest.

Bloomberg's 2020 rivals have accused him of trying to buy the election, although his team insists his strategy allows him to avoid being influenced by any special interests. He's refusing to accept any political donations, relying instead on his personal fortune that's estimated to exceed $50 billion.

In the new ad, Bloomberg is seizing on what Democratic voters consistently say is the most important quality they want in a presidential nominee: the ability to beat Trump. But it's unclear if his message will overcome skepticism about his political past. Bloomberg formally registered as a Democrat only last year after spending much of the last two decades as a Republican and an independent.

“Mike Bloomberg’s never been afraid of tough fights — the ones that make a true difference in peoples lives," the new ad says. “And Mike’s won them."