NEW YORK - It would be hard to dispute that the real heroes these days are the healthcare workers on the frontlines battling the coronavirus pandemic. Leading the way is White House Task Force member Dr. Anthony Fauci who can be seen daily alongside President Donald Trump and other officials discussing the nation's response to the pandemic.

Fauci, a Bay Ridge, Brooklyn native and graduate of Regis High School in Manhattan, has become a national sensation with fan clubs popping up online and bakeries churning out donughts with his image.

Fauci spoke with 'Good Day New York' co-anchor, and fellow Brooklynite, Rosanna Scotto on Wednesday. She asked Dr. Fauci how he felt about the fanfare.

"That's far out and crazy I think," said Dr. Fauci. "I'm sorry. I don't quite get that. I don't really understand that but it is what it is."

But Rosanna wants to take it one step further.

She suggested that New York City host a ticker-tape parade for all the healthcare workers once the pandemic is over. The time-honored tradition has been held for people from all walks of life from soldiers to athletes and heads of state. Pieces of paper (once ticker-tape) are thrown from high-rises along the 'Canyon of Heroes' in Lower Manhattan. 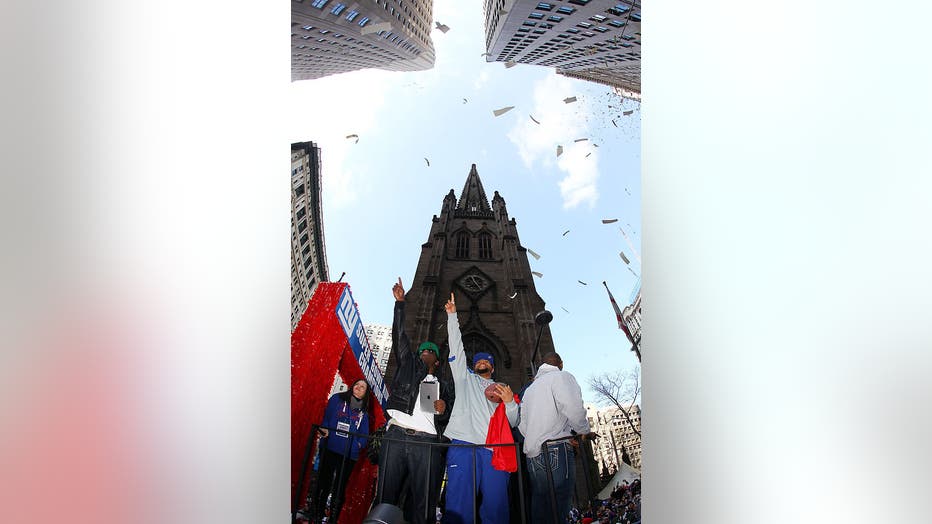 "I am suggesting that after all of this is said and done that we have a ticker-tape parade for all our health care workers. I want you to lead the parade. Are you available?"

"I want to be part of something. I don't want to lead it. I just think that people in New York City deserve all of the credit."

"I want to be part of something. I don't want to lead it. I just think that people in New York City deserve all of the credit," said Dr. Fauci.

The last time New York City held a ticker-tape parade was on July 10, 2019 for the U.S. Women's Soccer team after their victory at the FIFA Women's World Cup.