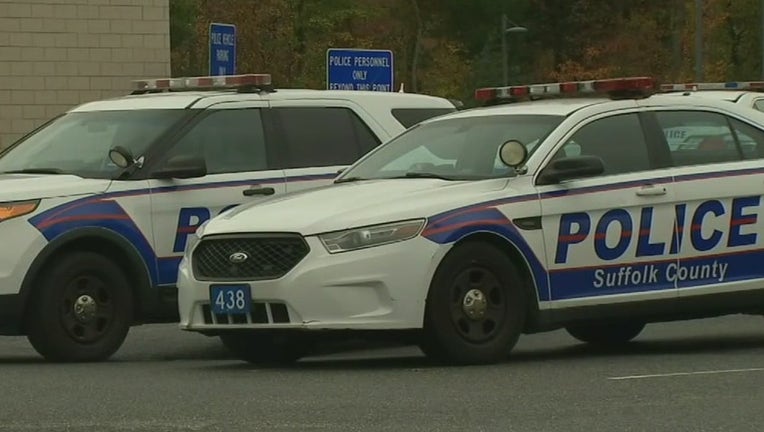 LONG ISLAND - Police in Suffolk County have announced the indictments of two men, one who is accused of illegally possessing a gun and another, a repairman for Optimum cable who allegedly helped him escape from police.

According to authorities, on June 22, members of the Suffolk County Police Department were searching for a suspect in an unrelated shooting when they found Borndivine Intelligence Jackson, 26, in possession of a loaded gun in the parking lot of a deli on Neighborhood Road in Shirley.

Jackson allegedly ran away from police, throwing the gun into a wooded area as he ran into a nearby residential neighborhood where he encountered Danyel Anderson, an Optimum Cable repair contractor who was working nearby.

Police say Anderson helped Jackson escape by hiding him in the back of his Optimum van and driving him to a location in Mastic.

The only problem was that much of the entire escape was filmed by a camera inside the repair truck.

The audio and video from the camera show the entire escape, including Jackson's shows Jackson's explicit description of where he threw his gun while running from the police and Anderson's assistance.

Anderson was charged with second-degree hindering prosecution and obstructing governmental administration and is facing a maximum indeterminate sentence of up to 1 1/3 years to 4 years in prison. He was also fired from his employment as a contractor working with Optimum.

Both men were arraigned Friday in State Supreme Court in Riverhead. Jackson is being held on $1M cash bail, while Anderson was placed on supervised release as the charges against him are not bail-eligible.