Johnny Can knew right away something was suspicious about a man who stepped foot into his barber shop in Rocky Point. Johnny says the guy later cut two catalytic converters off a box truck and tried to get away. Johnny jumped into action.

ROCKY POINT, N.Y. - A barber went from giving haircuts to helping cut down on crime over the weekend.

Johnny Can said he knew right away something was suspicious as soon as a man, now identified by Suffolk County police as 42-year-old Daniel Labbe, stepped foot into his barber shop in Rocky Point.

"It was Saturday 9 o'clock in the morning, he walked in and looked around," Johnny said. "Eyeballs big, looked around like 'is anyone seeing me?'"

The barber fought as a tank infantryman with the Turkish military in northern Iraq back in the 1990s. He said he sniffed trouble.

"He goes outside, I cut another guy, go outside to look for him, as soon as I turn the corner, he was sneaking with a Sawzall in his hand and a converter trying to get into his car," Johnny said.

He was sneaking with a Sawzall in his hand and a converter trying to get into his car.

— Johnny Can, barber who chased thief

A barber chased a thief into the woods [SECURITY VIDEO]

A barber shop on Long Island released security camera video showing the owner of the shop running across a parking lot. The shop owner says he chased a man who stole catalytic converters from a truck. Police later caught the suspect in the woods.

Labbe is accused of cutting two catalytic converters off a box truck but Johnny stopped him five steps after.

Cuts on Johnny's hand are evidence of the struggle.

"I dragged him out, just started wrestling," he said. "He attacked me with a Sawzall," Johnny said. "I grabbed his keys and he knows he can't go nowhere no more."

Johnny said he chased the suspect out of the parking lot and past the church.

With help from the K-9 unit, police were able to catch him three hours later in the Pine Barrens, where he was hiding in the woods.

He attacked me with a Sawzall. I grabbed his keys and he knows he can't go nowhere. 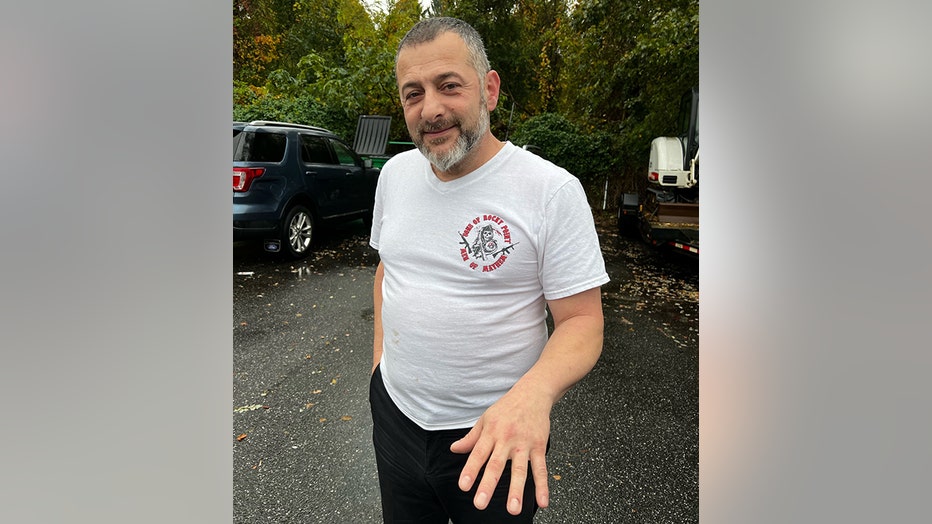 Johnny Can, the owner of Rocky Point Barber Shop, shows wounds on his hand he says he got when a thief attacked him with a saw. (FOX 5 NY Photo/Jodi Goldberg)

A thief who Johnny said wreaked havoc on the community for years.

"I got him good," he said. "I gave him to the police officers on a silver plate." 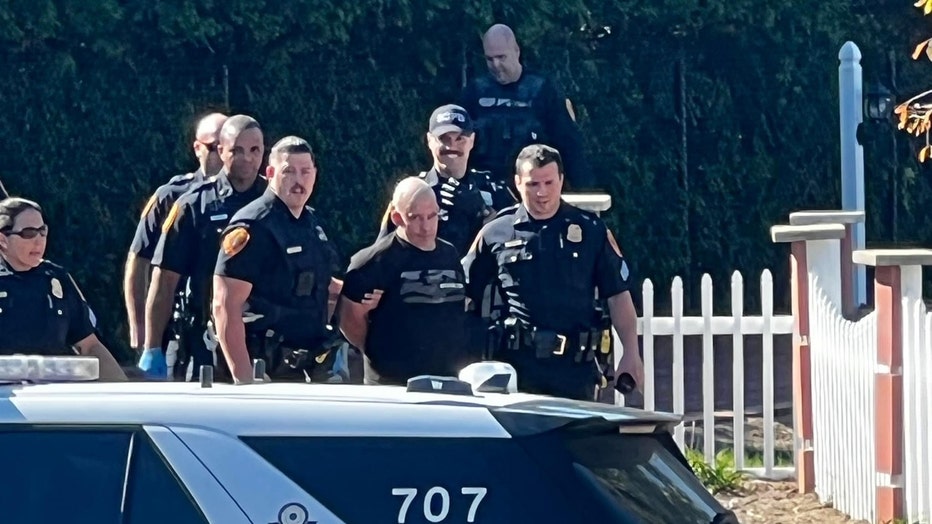 Officers with the Suffolk County Police Department escort a handcuffed suspect to a police vehicle in Rocky Point, New York, Saturday, Oct. 22, 2022. The officers caught him in the woods. (Handout Photo)