Democrats in the House passed the ambitious Build Back Better package, which would extend tax breaks for millions of families with children, lower-earning workers, and residents buying private health insurance. It would also raise the cap for the SALT deduction from $10,000 to $80,000 per year.

Residents of high-tax states — such as New York and New Jersey — are looking for some relief on their tax bills via the legislation's boosting the limit on the so-called SALT deduction — the amount of state and local taxes that they can deduct from federal taxes.

In 2017 with Donald Trump in the White House and the GOP in control of Congress, Republicans passed sweeping tax cuts that overwhelmingly benefited the wealthy. To help finance those cuts, the GOP bill capped the amount of state and local taxes that households could deduct from their federal tax bills at $10,000 per tax year. The law scheduled the cap to expire in 2025, which means after that the amount of the deduction would return to being unlimited. (State and local taxes may include income taxes, real estate taxes, personal property taxes, and sales taxes.)

Under the package the Democrats are now pushing, the annual SALT deduction cap would be raised to $80,000 through 2030, before reducing it back to $10,000 in 2031. Then it would expire permanently in 2032. So that means the legislation would give some relief to taxpayers in high-tax states but a cap would actually remain on the books for seven years longer than the Republicans had set. 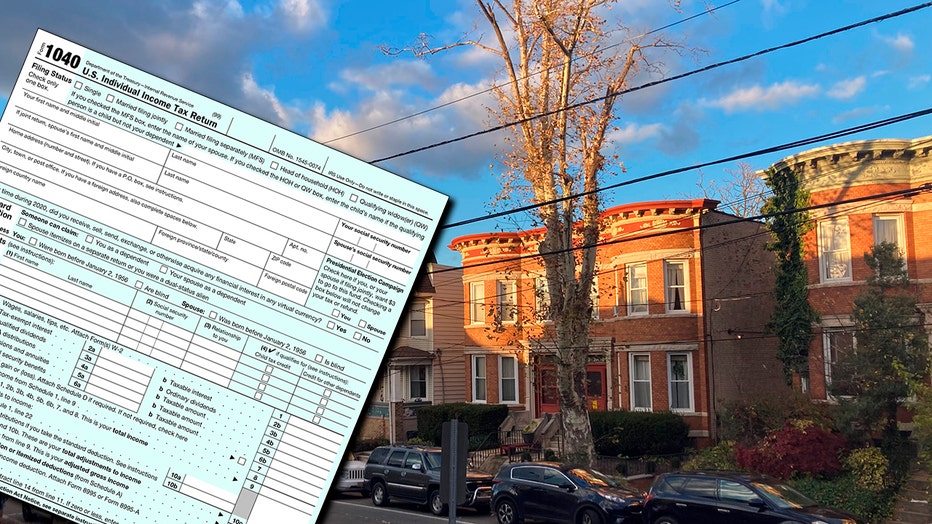 Some residents of New Jersey and New York are waiting to see if Democrats can pass the Build Back Better package, which would raise the cap on the SALT deduction.

The GOP has criticized the Democrats for pushing to raise the SALT deduction cap because it disproportionately helps top earners from high-tax coastal states. And many progressive Democrats actually agree, saying that wealthy earners have used SALT to lower their effective tax rate.

The legislation could face a tough road in the U.S. Senate, where Democrat Joe Manchin of West Virginia is expected to demand cuts.

As far as the SALT deduction goes, Sen. Bob Menendez, D-New Jersey, and Sen. Bernie Sanders, I-Vermont, are proposing to keep the $10,000 cap — but only for higher-earning households (somewhere between $400,000 and $550,000 a year, according to reports). Lawmakers are considering other options, too, such as doubling the $10,000 SALT deduction for joint filers, who right now deal with a so-called marriage penalty (single filers can each take a $10,000 deduction but joint filers can take only one).

The Long Island congressman says the limits on deductions for state and local taxes must be repealed.

New York Gov. Kathy Hochul said increasing the cap to $80,000 will allow the state and localities to raise more revenue.

"I am confident that Majority Leader [Chuck] Schumer and the Democrats in the U.S. Senate will help bring this bill across the finish line and ensure New York State can create jobs, improve lives, and finally address the climate crisis, Hochul said in a statement, "all without adding to the tax burden of the middle class."

The nonpartisan Congressional Budget Office estimated that the package would worsen federal deficits by $160 billion over the coming decade. The agency also recalculated the measure's 10-year price tag at $1.68 trillion.