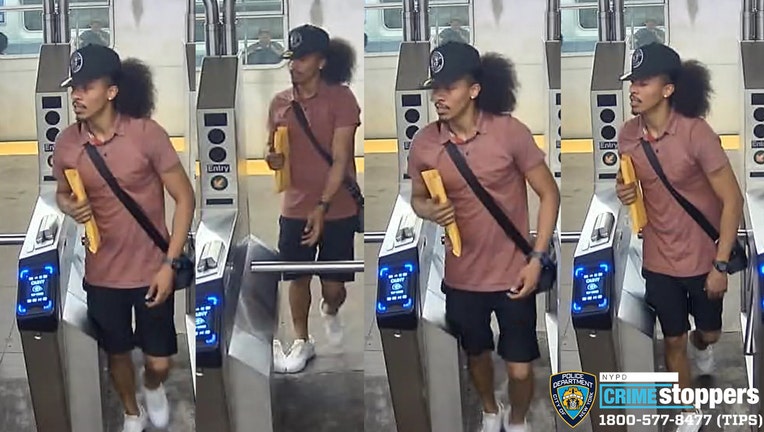 NEW YORK - Police in New York City are looking for a man accused of stabbing another man on a Brooklyn subway train in the middle of the day.

The NYPD says it happened Monday on a northbound 2 train as it was approaching the Bergen St. Subway Station in Boerum Hill.

Police say a 49-year-old man was on the train just after 12:30 p.m. when a man walked up to him and started arguing.  He then took a knife out and stabbed the victim in the back.

EMS took him to New York-Presbyterian Brooklyn Methodist Hospital in stable condition with a puncture wound.

The attacker took off on foot and remains on the loose.  The New York City Police Department released images of the man they are looking for.  He was wearing shorts, a golf shirt, and a black hat.