NEW YORK - The NYPD has released a shocking video of a shooting that left four people wounded in Brooklyn Sunday evening.  A 16-year-old was left in critical condition after the incident.

It happened just after 8 p.m. in Brownsville near Livonia Ave. and Rockaway Ave.  The 16-year-old was shot in the head.  EMS rushed him to Maimondies Hospital.

A 24-year-old was shot in the stomach.  He was taken to Brookdale Hospital for treatment.

A 59-year-old suffered a graze wound to his leg and he went to Brookdale Hospital.

A 34-year-old also suffered a graze wound to his back.  He didn't go to the hospital for his wound.

The New York City Police Department says the gunman got into a fight, pulled a gun, and started shooting.

Police say that the older two victims were not targets in the shooting.

The newly released video shows two people chasing the gunman.  He turns and starts shooting.  Two of the victims are seen hitting the pavement. 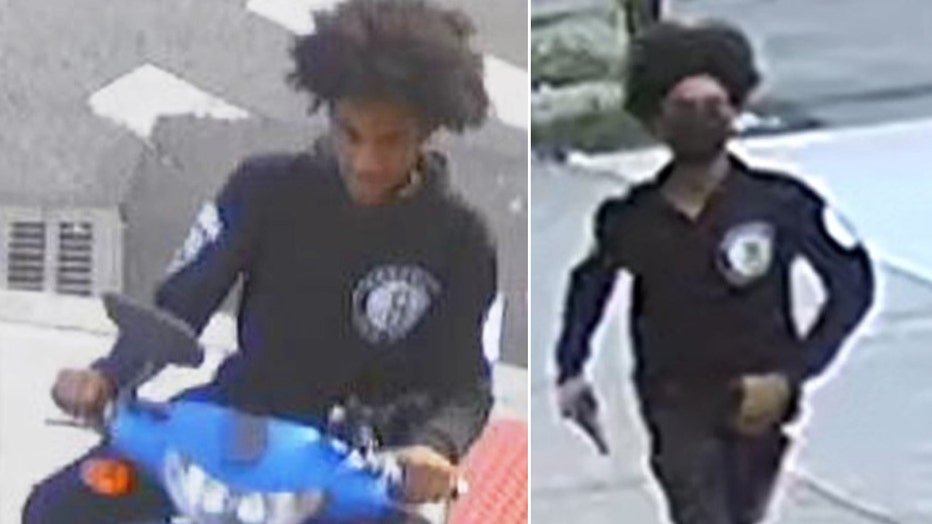 The suspect is described as having a dark complexion, a thin build, and a large Afro.

He was last seen wearing dark-colored sweatpants, a black hooded sweatshirt, and sneakers.