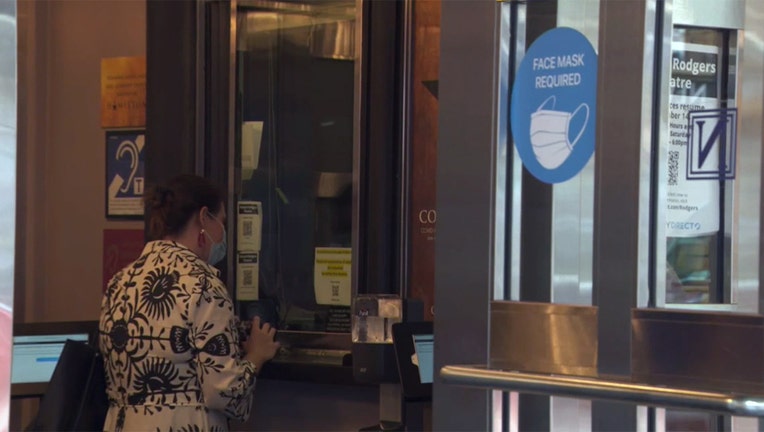 NEW YORK - Broadway lovers will need to continue to mask up for at least a few more weeks.

All 41 Broadway theaters in New York City will require audience members to wear a mask tough at least June 30, 2022, the Broadway League announced.

"As always, the safety and security of our cast, crew, and audience has been our top priority," Broadway League President Charlotte St. Martin said in a statement. "By maintaining our audience masking requirement through at least the month of June, we intend to continue that track record of safety for all, despite the Omicron subvariants."

The onset of the pandemic in 2020 forced Broadway to shut down for more than 15 months. Productions began returning to the stage in September 2021 but several shows never reopened. COVID cases among cast and crew have forced some shows to go dark temporarily.

When theaters reopened, they required all audience members to wear masks and provide proof of vaccination. Then in April, theaters were allowed to opt-out of the proof-of-vax requirement.

Nearly a quarter of a million people have been attending Broadway shows weekly during the spring, St. Martin said. That is still down from 2019's weekly average of about 281,000, according to Broadway League data. 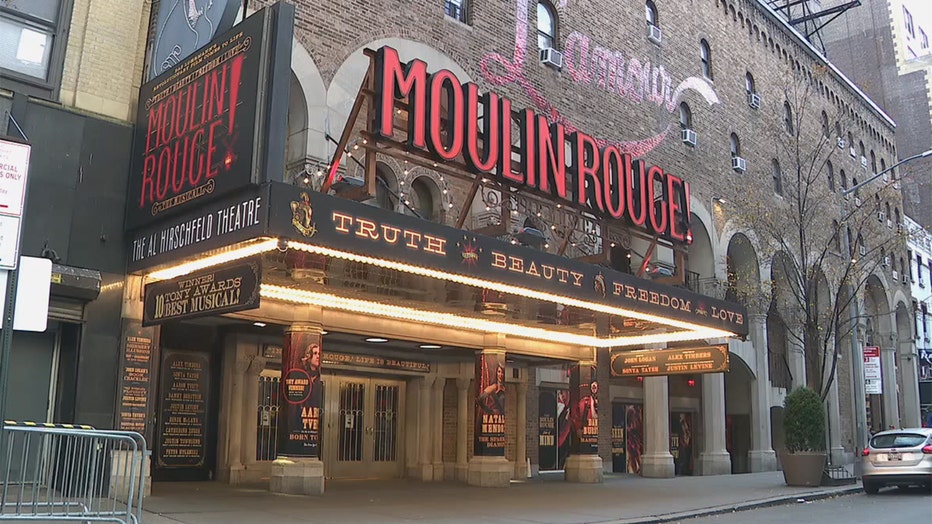