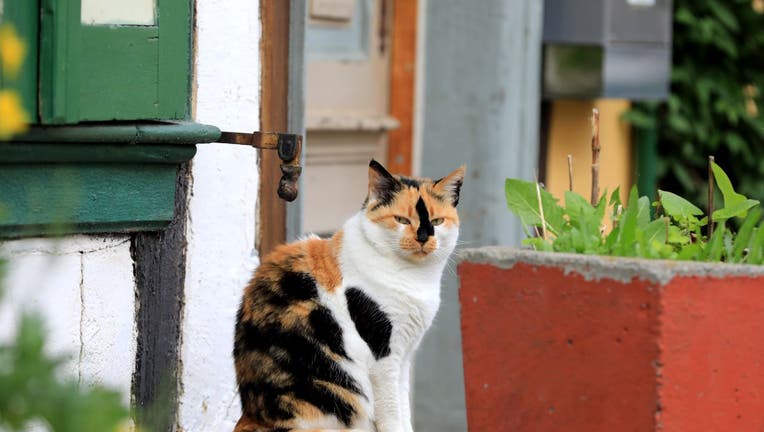 A cat sits in front of a restored half-timbered house in Halberstadt and looks into the camera. Photo: Peter Gercke/dpa-Zentralbild/ZB (Photo by Peter Gercke/picture alliance via Getty Images)

Planning a wedding is stressful, but that doesn't make cat-napping acceptable.

A woman recently shared a story on Reddit about how planning her sister’s wedding resulted in the police being called to rescue a cat. Apparently, the bride-to-be was upset over the planning of the engagement party and suggested that she might not return a cat that she was cat sitting.

The story appeared on Reddit’s wedding forums, where it was posted by a user named Sorrynotsorry222. According to the post, her sister got engaged in February. Since then, post’s author says she’s been helping her sister plan the engagement party, although apparently, the bride-to-be felt that her sister should be planning the entire party.

The post’s author says that she called her sister to say that she couldn’t plan the party on her own and needed help. Apparently, this did not go over well.

"She told me she was hurt," she wrote, "and then proceeds to tell me she can no longer cat sit for me. I’m a travel nurse and she’s been watching my cat while I’m away. She texts me saying that she can no longer watch my cat which I felt was petty as she’s just upset that the party is getting out of hand and I finally said something about it to her."

Things apparently only got worse when the post’s author said she would just pick up her cat that same day after work.

According to the post, the bride-to-be, "cussed me out and threatened to let my cat out while I’m still at work (he’s indoor only). She said I cannot come back to pick up the cat because I am no longer welcome in her home. She said if I come by at all she will hurt me. She threatened me. I called her a bridezilla then contacted the police."

Fortunately, it appears that everything worked out for the cat. According to the post, police officers went with the sister to the bride-to-be’s house and helped facilitate an exchange between the groom-to-be and the cat’s owner.

Reddit users seemed to agree that the bride-to-be’s actions went too far.

"The comments show the groom was complacent, but he at least gave the cat to the cops," one user wrote. "Still he knows what he’s marrying now. Anything after he should have seen the flags."

Another user added, "You've taken the necessary steps. Now, it's time to contact the bridesmaids and tell them that you are no longer going to be the maid of honor and the party is now their responsibility if they choose to go forward with it."

"Don’t go through with the party," added another. "Cancel it and don’t give up any of the things you bought with your own money. She wants to go petty then let her be on her own."