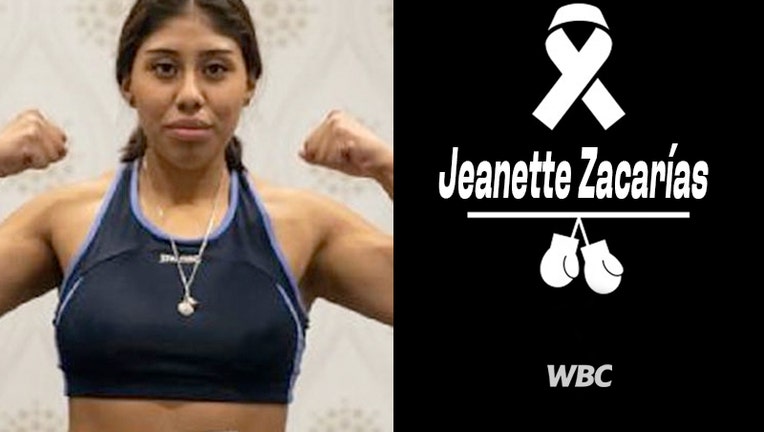 Five days after being hurt in a boxing ring in Canada, boxer Jeanette Zacarias Zapata has died.

Groupe Yvon Michel, the organizer of the Montreal event, announced on Thursday that Zapata, 18, died from injuries sustained in a fight with Marie-Pier Houle on Saturday night at IGA stadium.

Zapata, from Mexico, suffered a series of power punches in the corner of the ring. After a solid uppercut, she seemed stunned near the end of the fourth round. A final right hook knocked her mouthguard out and left her unable to return to her corner after the bell rang.

Her partner and trainer Jovanni Martinez got into the ring to help Zapata, who appeared to convulse while still standing. He quickly laid her down in the ring.

The medical team rushed to her side and immobilized her on a stretcher so an ambulance could rush her to a hospital.

"We would like to offer our most sincere condolences to her family, loved ones, friends and especially her husband Jovanni Martinez who was at her bedside until the last moments," Groupe Yvon Michel said in a statement posted to social media.

"The President of the WBC, Mauricio Sulaimán and the entire boxing family affiliated with the WBC, as well as all Boxing, mourns this irreparable loss," the World Boxing Council said in a statement. "We send our deepest condolences to the family and friends of Jeanette. May she Rest in Peace."