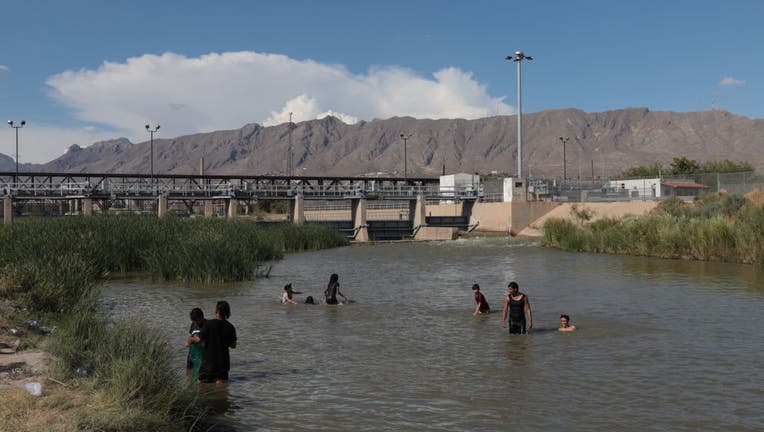 Young people, play in the water of the Rio Grande. (Photo by David Peinado/NurPhoto via Getty Images) (Getty Images)

Agents with the U.S. Border Patrol rescued four young children that were left alone on the banks of the Rio Grande River in Texas by a human smuggler.

Authorities say that an agent operating a remote surveillance tower saw a group of subjects crossing the Rio Grande before one was seen rafting back to Mexico.

Agents went to the location and found four children, aged 7, 6, and two 4-year-olds walking alone along the river, shivering and wet.

The children were immediately taken to the agents’ vehicles and warmed up before being taken to a Border Patrol station where they were given dry clothes, food, and evaluated by medical staff.

The children, from Honduras and El Salvador, were two sets of siblings and did not require medical treatment. They had names and U.S. phone numbers written on their clothes.

“Even with the spread of the COVID-19 virus, human smugglers continue to try these brazen attempts with zero regard for the lives they endanger nor to the health of the citizens of our great nation,” the CBP said in a statement. “The U.S. Border Patrol agents of the Rio Grande Valley Sector will continue to safeguard the nation and community against these criminal elements.”