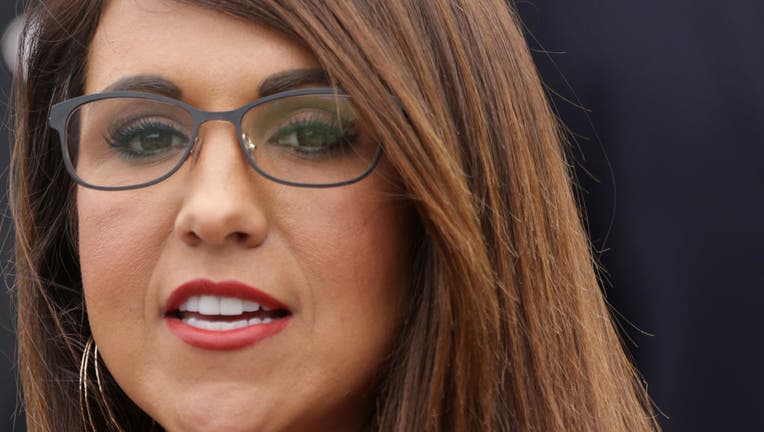 Omar released a statement saying she accepted a phone call from Boebert Monday over Muslim remarks Boebert made last week that many deemed offensive. Omar said she was hoping for an apology from Boebert but ended the call once she realized Boebert wasn't going to offer one.

"Instead of apologizing for her Islamophobic comments and fabricated lies, Rep. Boebert refused to publicly acknowledge her hurtful and dangerous comments," Omar tweeted.  "She instead doubled down on her rhetoric and I decided to end the unproductive call."

Boebert did apologize Friday to the Muslim community for comments she made about Omar.

"I apologize to anyone in the Muslim community I offended with my comment about Rep. Omar," Boebert said in a statement shared with Fox News Digital. "I have reached out to her office to speak with her directly. There are plenty of policy differences to focus on without this unnecessary distraction."

Boebert sparked criticism over Thanksgiving after she was filmed telling supporters in Colorado that she recently had a run-in with Omar in a Capitol building elevator. She said as she was getting in the elevator with a staffer when she saw a Capitol police officer running toward them "with fret all over his face" in an effort to stop the elevator door from closing.

"I look to my left and there she is: Ilhan Omar. And I said, ‘Well, she doesn’t have a backpack. We should be fine,’" Boebert said, sparking cheers. "I looked over and I said, ‘Oh look, the jihad squad decided to show up for work today.’ 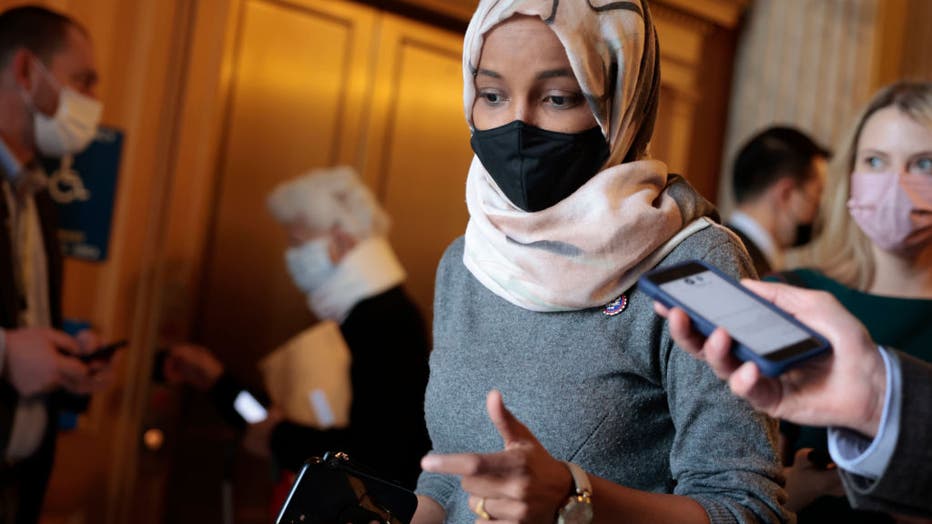 "Don’t worry, it’s just her staffers on Twitter that talk for her. She’s not tough in person," she added.

Some of Boebert's critics called for her to be removed from her committee assignments. Omar, meanwhile, said the encounter didn’t even happen.

"Fact, this buffoon looks down when she sees me at the Capitol, this whole story is made up," Omar tweeted Thanksgiving evening. "Sad she thinks bigotry gets her clout."

"Anti-Muslim bigotry isn’t funny & shouldn’t be normalized," the congresswoman added. "Congress can’t be a place where hateful and dangerous Muslims tropes get no condemnation."

Rep. Rashida Tlaib, D-Mich., also weighed in, tweeting: "These pathetic racist lies will not only endanger the life of @IlhanMN, but will increase hate crimes towards Muslims. The continued silence & inaction towards this hate-filled colleague and others is enabling violence. It must stop."

"Shameful, deeply offensive & dangerous," tweeted Rep. Ayanna Pressley, D-Mass. "Yet another blatant display of Islamophobia targeting @IlhanMN. These comments are personally hurtful, legitimately endanger her & the broader Muslim community. Rhetoric like this must be denounced & anyone spewing it held to account."

"Capitol Hill is a toxic work environment for Muslim members and staff when bigots routinely spew racist, Islamophobic vitriol unchecked and with no consequence," tweeted Rep. Cori Bush, D-Mo. "Congresswoman @IlhanMN, we love you, and we pray for your well-being and protection from this despicable abuse."