July 1 every year through 2035 is known as Bobby Bonilla Day to Mets fans. Why? Because the retired star is still on the Mets payroll.

NEW YORK - July 1 is likely a happy day in the life of retired baseball star Bobby Bonilla and perhaps a frustrating one for the New York Mets payroll department. That is because every year on this date, the Mets pay Bonilla more than $1 million for a season he never actually played in Flushing.

In Bonilla's final stint with the Mets in 1999, he hit .160 with 4 home runs and 18 RBIs over 60 games. So rather than bring the aging slugger back for the 2000 season, for which he was to be paid $5.9 million, Mets management agreed to buy out his contract.

But the terms of the buyout are kind of hilarious.

New York wanted to defer payments to Bonilla for a decade.

So the team offered to pay Bonilla an installment every year starting on July 1, 2011, and ending on July 1, 2035. With a negotiated 8% interest rate, the annual check comes to about $1.19 million. That means Bobby will rake in nearly $30 million instead of the original nearly $6 mil. That's a pretty fantastic return even when you consider inflation.

And thus July 1 became known as Bobby Bonilla Day among fans, who have mocked the deal for decades. But in the social media era, the annual event has reached a higher level of nuttiness. 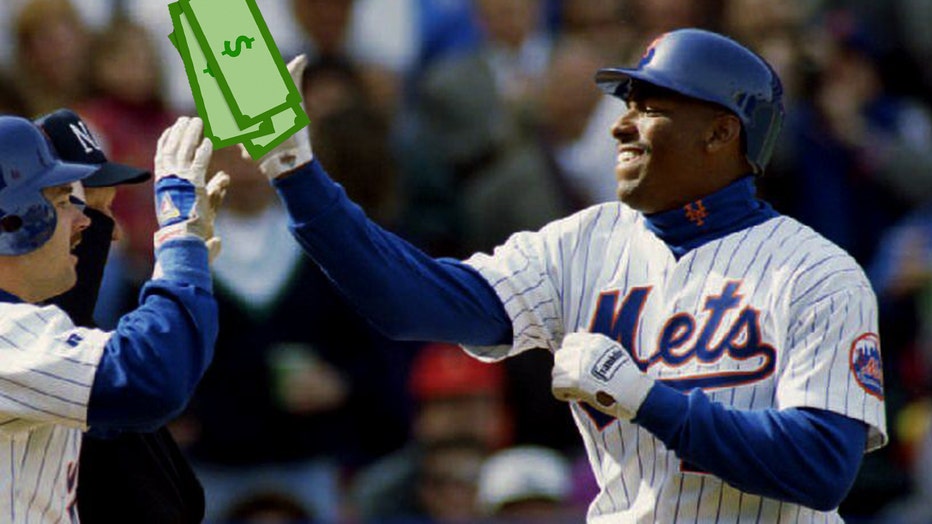 How is Bobby Bonilla Day connected to Bernie Madoff?

Why would the Mets agree to something so absurd? Two words: Bernie Madoff. At the time of the deal, the team and ownership were invested with the Ponzi schemer and expected huge returns on their money.

Well, we all know what happened.

(BTW, Madoff died in federal prison last year. And the team ownership at the time — the Wilpon family — is gone. Yet Bobby Bonilla is still in the picture and is still getting his cash. Bonilla 1, Wilpons, 0, Madoff -whatever score it means to have died behind bars.)

Deferred payment deals in baseball aren't unique to the Mets and Bonilla, though the eye-popping terms and circumstances might be.

In fact, the Cincinnati Reds are paying Hall of Famer Ken Griffey Jr. nearly $3.6 million every year through 2024.

And what's even funnier is that Bonilla gets yet another $500,000 annual payment in a separate deferred plan paid jointly by the Baltimore Orioles and — yes, unbelievably — the Mets through 2029, according to ESPN.com.

How old will Bobby Bonilla be when payments end?

Bonilla, who last played in the majors in 2001, was always entertaining to watch on the field and in the batter's box. Now 59, Bonilla will keep cashing those Mets checks until he is 72, ensuring that the Mets and their fans never forget him.

In his 16-year career, Bonilla also played for the Pittsburgh Pirates, the Baltimore Orioles, the Florida Marlins (with whom he won a World Series), the Atlanta Braves, the St. Louis Cardinals, the Los Angeles Dodgers, and the Chicago White Sox. He hit .279 and amassed 2,010 hits, 287 home runs, 1,173 RBI, and 1,084 runs, according to Baseball-Reference.com.