Tiffany McNair's hair salon in New Jersey joined the ranks of groundbreaking businesses on two fronts. But less than a year into things, the coronavirus pandemic put McNair's business, and dreams, on hold.

ENGLEWOOD, N.J. - Volume Hair Salon and Spa opened its doors in Englewood, New Jersey, in July 2019. Owner Tiffany McNair said the salon fulfilled a passion for her that began in childhood.

"My barbie dolls. I just took over their heads. They all had different hairstyles," McNair said. "I taught myself how to braid and I was a big sister, so my job was to do my sister's hair."

"It didn't hit me until the responses I got on social media. I felt the love when I opened," McNair said. "I was like wow and then I felt not the weight of the community but the honor to be chosen by God to serve a community."

Business at Volume was growing at a steady pace until this March when the coronavirus began spreading across New Jersey. McNair and her colleagues watched the updates from state officials and were hoping against hope until finally being told to close down along with other nonessential businesses.

Stylist Karla Santamaria described being heartbroken at the news.

"I had just started working here. I had been here maybe four weeks," Santamaria said. "And so I was super excited and then all of this just came up and so it was upsetting." 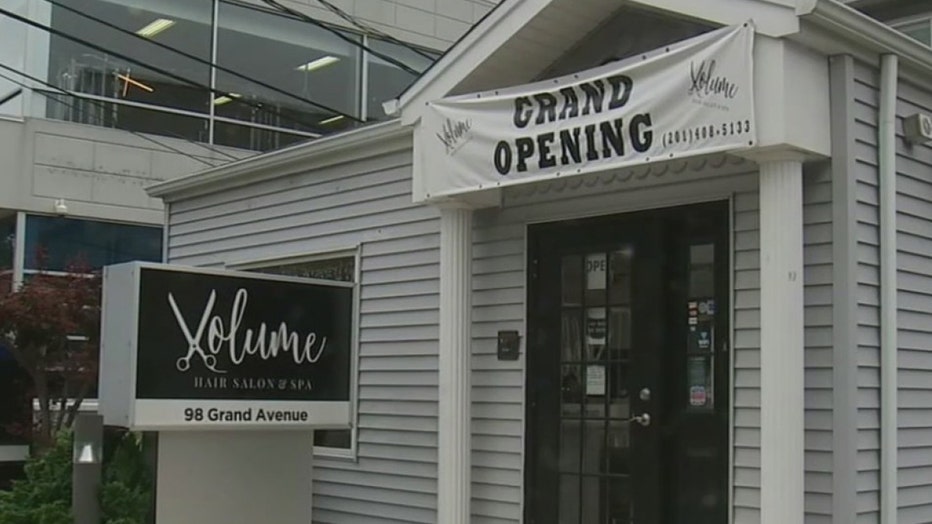 The team set up a GoFundMe page as the shop sat dormant until June 19 when state officials gave barbershops and hair salons the OK to reopen.

Volume's reopening came just weeks before the salon would celebrate its first anniversary.  The shop overwhelmingly abides by safety protocols put in place by the state Department of Health. This includes taking temperatures of clients when they first arrive and sanitizing work stations between appointments.

McNair said she refuses to speculate how much revenue the salon lost during the COVID-19 shutdown. She credited her faith with helping her stay open so she and her team can continue to shatter glass ceilings one head of hair at a time.