People are rediscovering&nbsp;birding as a way to enjoy social interaction during the pandemic. (By The Associated Press)

NEW YORK (AP) - This spring, longtime Central Park birder and naturalist Gabriel Willow is feeling a little less nervous than he did a year ago.

Standing on the park's Bow Bridge with binoculars, Willow recalls the early days of the pandemic when the virus was at its worst in New York City. "There were so many unknowns about transmission," Willow says. "Last spring, I didn't go out that much."

Now that people are being vaccinated and are more aware of safety protocols, "we're going to see even more people outside birding this spring," he predicts, including him. "I think people are really eager to get out."

The pandemic, which shut so many people inside their homes, has led to an increased appreciation of nature in general, and of outdoor activities like hiking, gardening and birding.

"Normally, in spring migration, the park is really crowded with regular birders," said longtime birder MaryJane Boland, walking the section of the park known as The Ramble. It's "even more crowded this year because of the new ones."

Boland talks with a lot of the new bird-watchers to gauge their long-term interest. "I'd like them, once they can do anything, to still want to watch birds and protect birds," she says. 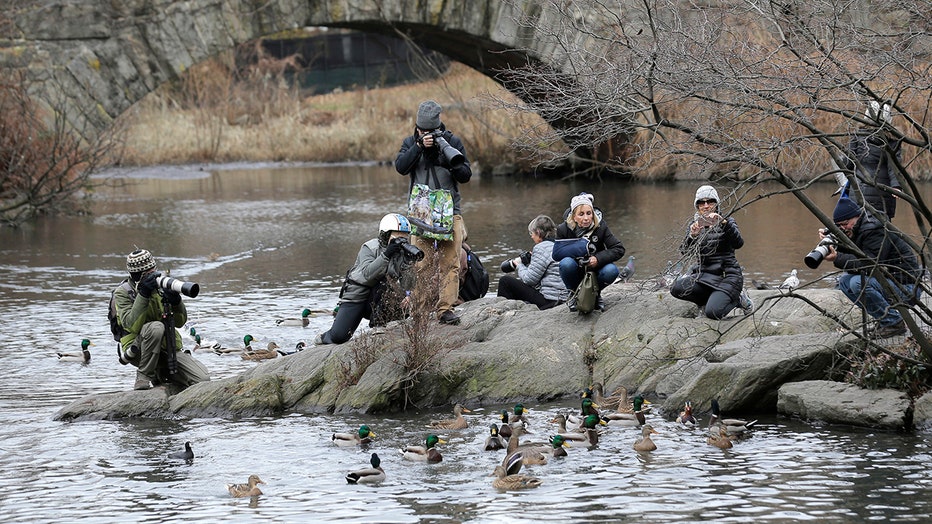 People try to get a look at and pictures of a Mandarin duck in Central Park in New York, Dec. 5, 2018. (AP Photo/Seth Wenig, File)

"It's really been a source of sublime joy," Katz says. "So much of the world has made me sad or mad, and being able to focus on the beauty of nature has just been extraordinary."

Sometimes, he says, there have been moments of excitement, like when "a flurry of owls" showed up, and people stood a little too close. "But on the whole, I think it's neat to have a shared human experience, especially in this time when so much of what we're going through is isolating." 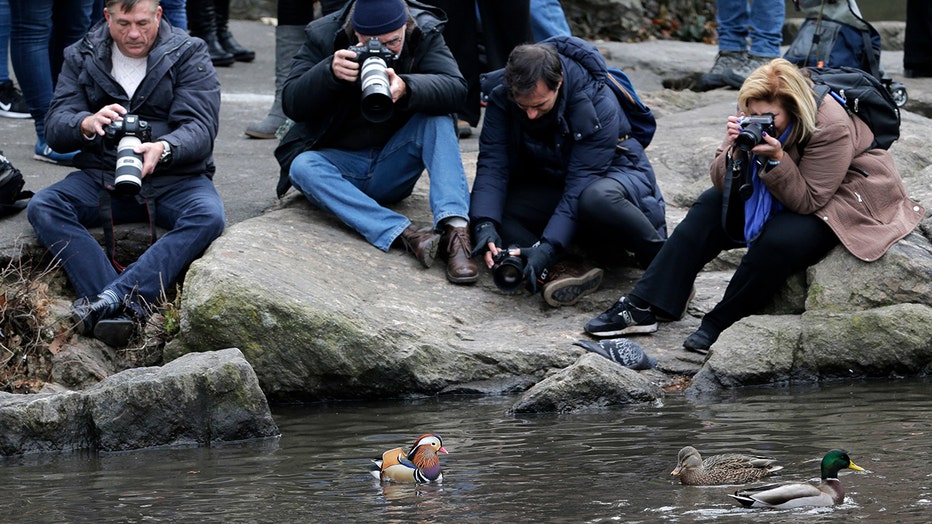 People try to get a look at and pictures of a Mandarin duck, center, in Central Park in New York, Dec. 5, 2018. (AP Photo/Seth Wenig, File)

For those new to the hobby, Willow suggests using smartphone apps to make bird-watching more enjoyable. One he likes is eBird, an app and website created by the Cornell Lab of Ornithology and the National Audubon Society.

It includes a database in which anybody "can be a community scientist and add their sightings," he says.

Another avid birder, David Barrett, says you don't need fancy equipment to take part in the hobby. A good pair of binoculars is important, he says, "and you don't have to buy expensive ones."

Barrett, who runs the Manhattan Bird Alert on Twitter (@BirdCentralPark), also recommends getting a smartphone adapter for your binoculars, so the images you're viewing through them come up on your phone, and you can grab pictures.