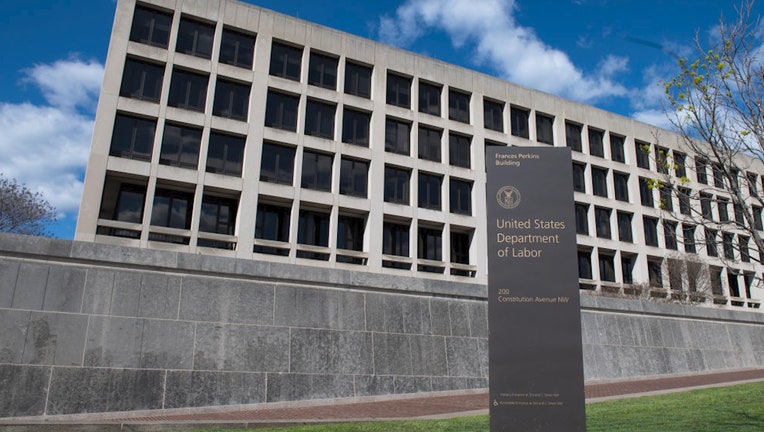 The U.S. Department of Labor building is pictured in Washington on Thursday, April 2, 2020.

The order had targeted workplace trainings that explored systemic racism and privilege, which former President Donald Trump had deemed "un-American" and potentially harmful to white workers. The Department of Labor had already suspended enforcement of the order after a California federal court granted a preliminary injunction against it in response to a lawsuit filed by Lambda Legal, an organization that advocates for the rights of LGBT people.

Biden’s move "underscores the priority he attaches to the United States government grappling honestly with implicit bias, racism and sexism in this country," said Noel Twilbeck, chief executive officer at CrescentCare, a New Orleans non-profit that was part of that lawsuit. CrescentCare, which provides health and housing services to LGBT communities, was among the organizations affected by the order because it receives federal funding.

Camilla Taylor, director of constitutional litigation at Lambda Legal, said Biden's decision ensures that organizations "don't have to look over their shoulders constantly to wonder if someone is going to report them and if it will lead to them losing their federal funding." She said several of Lambda Legal's clients are already taking steps to resume training that had been suspended because of the order.

The Trump administration had said the order prohibited training that implies anyone is racist or sexist "by virtue of his or her race, sex, and/or national origin." Civil rights groups said the wording was overly broad and had a chilling effect on workplaces trying to address concepts like white privilege, systemic racism and unconscious bias.

Within the government, the order had prompted the Justice Department to suspend all diversity and inclusion training. The State Department, Environmental Protection Agency and the Department of Veteran Affairs had also canceled some programs.

"In the few months of its existence, it negatively impacted the lives and livelihoods of countless Americans and advanced the dangerous cause of white supremacy and disinformation, said Janai Nelson, associate director-counsel of the NAACP's Legal Defense Fund, which had filed a separate lawsuit against the order on behalf of the National Urban League and the National Fair Housing Alliance.

RELATED: Biden signs 10 executive orders on pandemic, warns things will ‘get worse before they get better’

"We will continue to work to ensure that all vestiges of President Trump’s Executive Order are removed from workplaces across the country," Nelson added in a statement.

Jin Hee Lee, the Legal Defense Fund's senior deputy director of litigation, said the lawsuit will go forward, for now, because it was important to ensure organizations suffer no adverse consequences from diversity practices they might have pursued while the order was in effect. She also said the Biden administration must proactively roll back steps taken by various government agencies to implement the Trump order.

SAGE, an organization that advocates for older LGBT people, said Trump’s order had led to the cancellation of a VA webinar in September to raise awareness about the needs of diverse older veterans. SAGE had been planned in the webinar to address discrimination LGBT older adults face when seeking health services, said SAGE CEO Michael Adams. The VA now plans to reschedule the webinar, Adams said.

Adams said SAGE developed its training years ago educate health care providers "on the need to work respectfully with LGBT older people." The Trump administration’s order "was highly convoluted and there was no way to comply with their guidelines while undertaking anti-racism and anti-sexism training."

"We think it’s clear that both the impact and in fact the intent of the presidential order was to silence and eliminate anti-racism training," Adams said.

In a separate but related effort, the Labor Department last fall opened inquiries into companies including Microsoft and Wells Fargo over their publicly announced efforts to boost Black employment and leadership. Trump administration letters had warned both companies against using "discriminatory practices" to meet diversity goals voiced by CEOs over the summer in response to Black Lives Matter protests.

The Labor Department did not immediate respond to questions Thursday about whether the inquiries are still being pursued. Microsoft and Wells Fargo declined to comment.