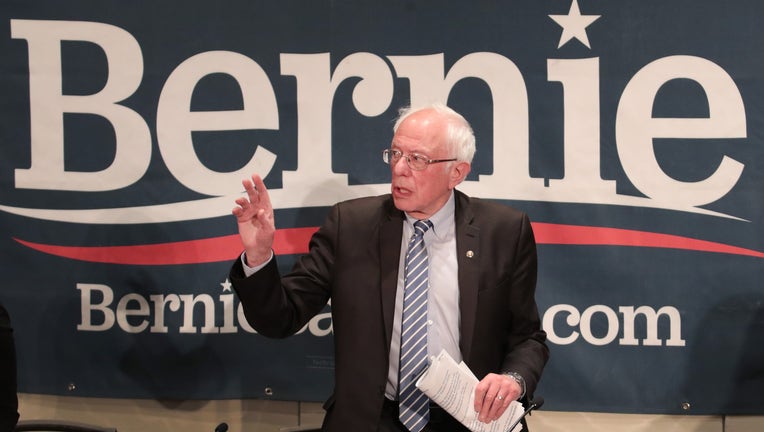 DETROIT, MICHIGAN - MARCH 09: Democratic presidential candidate Sen. Bernie Sanders (I-VT) participates in a coronavirus public health roundtable with healthcare professionals as he continues his campaign swing through the Midwest on March 09, 2020 i

BURLINGTON, Vt. - Bernie Sanders says he is moving ahead with his Democratic presidential campaign.

He told reporters in Burlington on Wednesday that he's not quitting despite key primary losses to Joe Biden the night before. The Vermont senator's path to the presidential nomination considerably narrowed after decisive losses to Biden in Michigan, Missouri and Mississippi.

Sanders acknowledged "we are losing the debate over electability" to a candidate many Democrats think will have a better chance of defeating President Donald Trump in the fall. But he said he wants to force Biden to confront issues of economic inequality and other issues important to Sanders' supporters.

He said he was planning to do that in the debate scheduled with Biden on Sunday.

Sanders did not address supporters publicly Tuesday night. Pressure has been growing on him to end his presidential bid and work to unify the party against Trump.