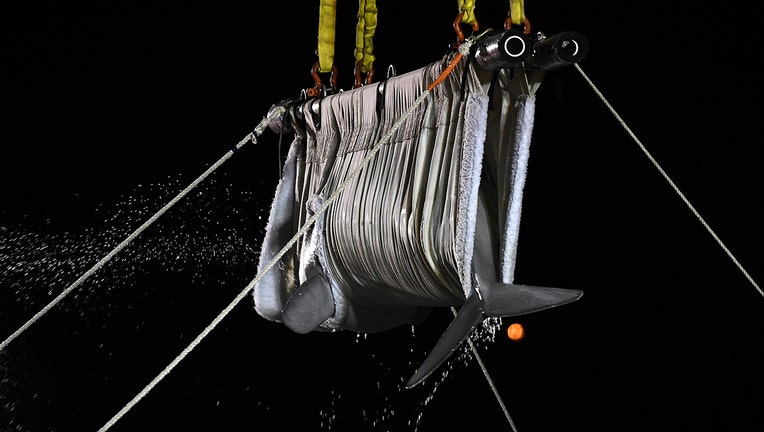 A Beluga whale is transported at Mystic Aquarium after arriving from Canada, Friday, May 14, 2021, in Mystic, Conn. In all, five Beluga whales from Marineland in Niagara Falls, Ontario, Canada will be moved to the aquarium. (AP Photo/Jessica Hill)

MYSTIC, Conn. (AP) - Three Beluga whales arrived Friday night at their new home in a Connecticut aquarium after a legal battle to import them and two others from Canada.

The whales were flown from Ontario to Connecticut on Friday, secured in special stretchers inside individual tanks and accompanied by a veterinarian and other marine-life experts.

Accompanied by a police escort, they arrived in Mystic on three tractor-trailers at about 7:40 p.m., where they were lifted on their stretchers by cranes into their new habitat. The transfer from truck to habitat took about a half-hour to complete.

The remaining two Belugas are set to arrive at Mystic Aquarium early Saturday from Marineland in Niagara Falls, Ontario.

Government officials from Fisheries and Oceans Canada last month approved the export of the whales, seven months after U.S. officials approved the move. 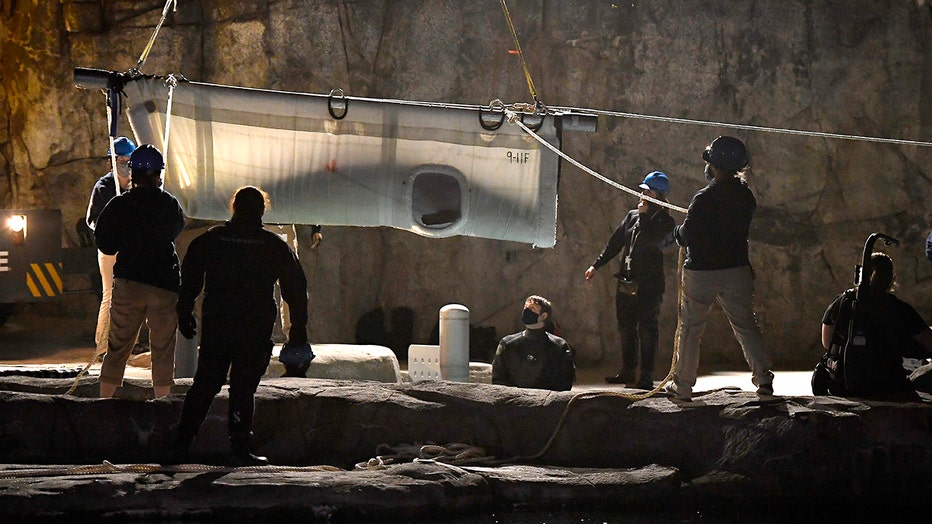 A Beluga whale is transported at Mystic Aquarium after arriving from Canada, Friday, May 14, 2021, in Mystic, Conn. (AP Photo/Jessica Hill)

Connecticut-based Friends of Animals and other activists sought to block the transport in a lawsuit last fall against the U.S. Commerce secretary and National Marine Fisheries Service, which had approved the research permit. A federal judge in March declined to issue an injunction.

The whales, which range in age from 7 to 12, were born in captivity and officials said they cannot safely be released into the ocean.

Mystic officials said the five whales left an overcrowded habitat with about 50 other Belugas in Canada to join three other Belugas at the center of important research designed to benefit the species in the wild. 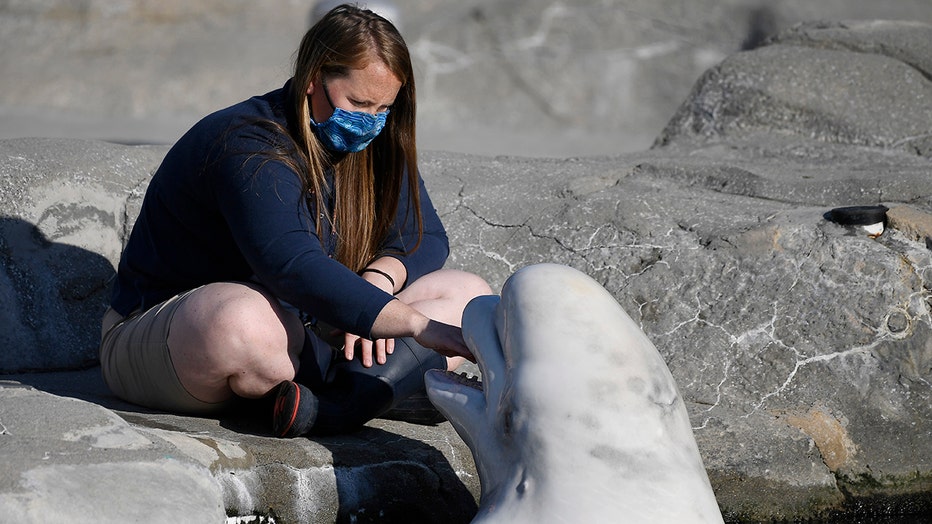 A Mystic Aquarium trainer rubs the tongue of a Beluga whale as a gesture of affection, Friday, May 14, 2021, in Mystic, Conn. (AP Photo/Jessica Hill)

The animals will be trained to voluntarily give blood, saliva, blowhole air and other samples in exchange for rewards.

"Having eight animals certainly helps when trying to draw conclusions with the research," said Tracy Romano, Mystic's vice president of research and chief scientist. "It's priceless to be able to work with trained animals and be able to get biological samples on a regular basis and all of this will help us interpret what we're seeing in the wild and help with the management and conservation of the species." 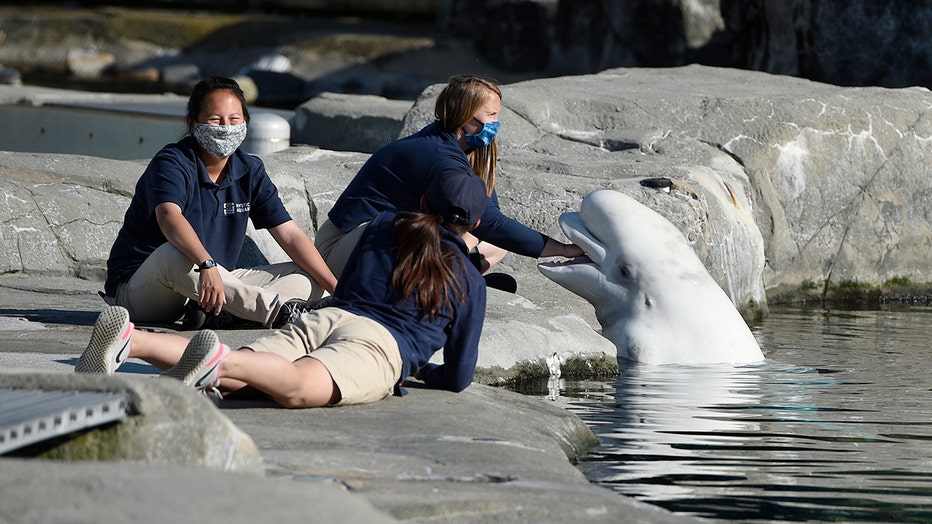