The websites and apps of several major banks, airlines and other companies across the globe suffered brief outages Thursday, the second major interruption of service reported in the past 10 days.

Many of the outages were reported by people in Australia trying to access their online banking or book flights. Internet monitoring websites including ThousandEyes, Downdetector.com and fing.com showed dozens of disruptions, including to U.S.-based airlines.

Banking services were severely disrupted, with Westpac, the Commonwealth, ANZ and St George all down, along with the website of the Reserve Bank of Australia, the country's central bank. The Reserve Bank canceled a bond-buying operation due to technical difficulties facing several banks that were to participate.

Many services were up and running after an hour or so but the affected companies said they were working overtime to prevent further problems.

The Hong Kong Stock Exchange said in a post on Twitter that its site was experiencing technical difficulties on Thursday afternoon local time. In a follow-up post 17 minutes later, it said its websites were back to normal.

Australia Post, the country's postal service, said that an "external outage" had impacted a number of its services. It added that while most services had come back online, officials were continuing to monitor and investigate the issue. 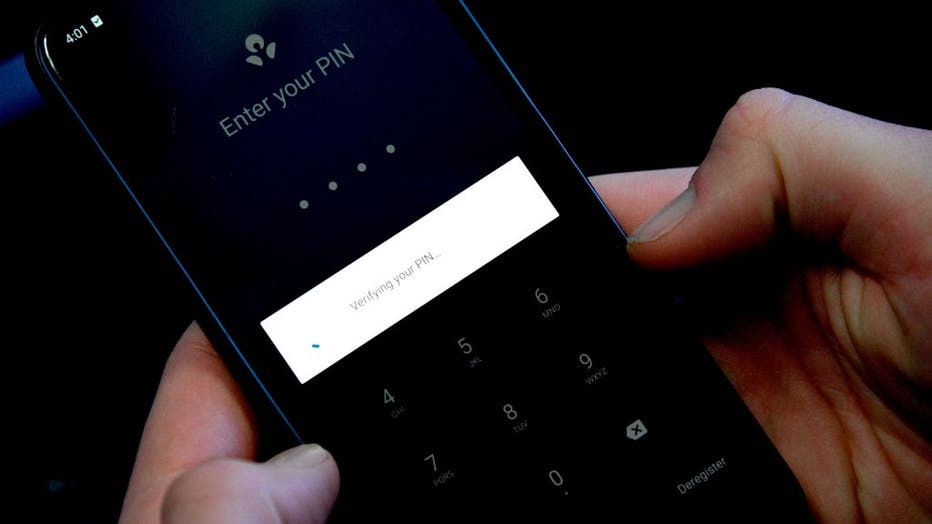 This photo illustration shows a man trying to log into his bank account through a mobile app in Sydney on June 17, 2021, as the country's major banks reported online outages affecting their websites and apps. (Photo by SAEED KHAN/AFP via Getty Images

"Virgin Australia was one of many organizations to experience an outage with the Akamai content delivery system today," it said. "We are working with them to ensure that necessary measures are taken to prevent these outages from reoccurring."

Service provider Akamai, based in Massachusetts, counts some of the world’s biggest companies and banks as customers. The company said in a statement Thursday that it was aware of the issue and working to restore services as soon as possible.

The outages came 10 days after many high-traffic websites, including New York Times, CNN, the Guardian, Amazon, Reddit and even the U.K. government's home page, went offline briefly. The problem was linked to an outage at the widely-used cloud service company Fastly.

Fastly blamed the issue on a software bug that was triggered when a customer changed a setting.

Brief internet service outages are not uncommon and are only rarely the result of hacking or other mischiefs. But the outages have underscored how vital a small number of behind-the-scenes companies have become to running the internet.