The Resorts, Hard Rock and Ocean casinos, along with the non-gambling Showboat Hotel, on the Boardwalk in Atlantic City, N.J., June 6, 2019. ( AP File )

ATLANTIC CITY, N.J. - The CEO of Hard Rock International says Atlantic City "is going in the wrong direction" and is in worse shape than when the global entertainment company bought its casino there nearly three years ago.

Speaking after an employee meeting Thursday where Hard Rock handed out bonuses totaling $2 million to nearly 2,900 full-time employees, Jim Allen said the company is willing to be part of the solution in Atlantic City but is not encouraged by recent developments.

He said Hard Rock is not part of the move to change Atlantic City's form of government being pushed by the owner of Resorts casino, the head of the city's main casino workers union and a retired state senator, "but we're becoming more aware of it as days go by."

That plan, to be voted on in a March 31 special election, would replace an elected mayor with an appointed city manager, and would shrink the City Council from nine members to five.

Allen said that after Hard Rock invested $562 million into Atlantic City, "frankly the town's in worse shape today than it was when we bought the building."

He noted the street lights have been out for two months on several blocks along Pacific Avenue, a sign of a continuing trend that concerns him.

"When you're in a resort environment where safety and security is so important, if the city can't get something fixed as simple as the street lighting, then maybe a change is needed," he said.

On Thursday afternoon, street lights on that stretch of road were functioning. It could not be immediately determined when they had been turned back on.

Allen, whose career in the casino industry began 40 years ago as a cook at Bally's Atlantic City making $6.11 an hour, offered to meet with Mayor Marty Small, who on Wednesday assembled a coalition of political, religious and civic leaders to oppose the change of government plan.

Small said Thursday he has been working with the electric company and a state agency responsible for planning in the city to restore functioning traffic lights.

"I've been in office 103 days and we've already made changes, with plenty to come," he said. "I'm moving my agenda forward, and will meet with anyone that has the city's best interest (at heart), which Jim Allen does."

Allen was at the casino, the former Trump Taj Mahal, to meet with employees and tout the successes of Hard Rock's first full year in Atlantic City. With $324 million in revenue from slots and table games, the casino ranked No. 2 in the city in 2019. But when internet gambling revenue is included, Hard Rock was No. 3, trailing Golden Nugget and the Borgata.

The CEO said Hard Rock actually missed its business targets in 2019 by about 10%, but still wanted to give its 2,872 full-time workers a bonus to motivate them to provide great service to customers. Most will receive $250. Managers will receive bonuses on a scale tied to their salary.

Hard Rock President Joe Lupo said the bonuses are the first he can recall in Atlantic City in at least 15 years.

"What's not to love about free money?" said Jill Tryon, an administrative assistant at the casino since June. "I love it here. The people I work with are wonderful."

Allen said the company hopes to double bonuses next year if the casino's performance improves. He said the company, owned by the 4,200-member Seminole tribe of Florida, plans at least $15 million in capital expenditures in Atlantic City in 2020, including an expanded sports betting operation, one area in which Hard Rock trails much of its competition, due in part to joining the sports betting market last in the city.

And he made it clear he looks for and notices small details. His assessment of Hard Rock's buffet had some workers giggling in their seats, even as he praised the people who manage or work there.

The gravy on a recent visit was so lumpy "we could plug a hole in a boat with it," Allen said. "The cannolis weren't that great, either." 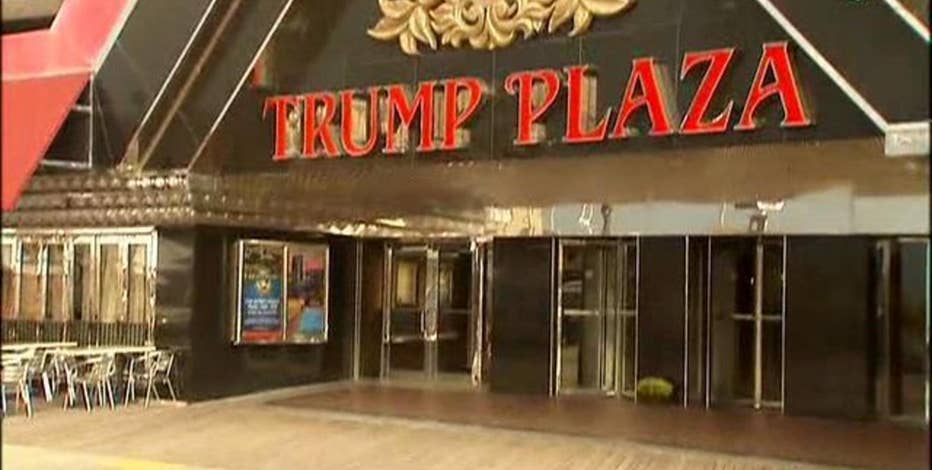