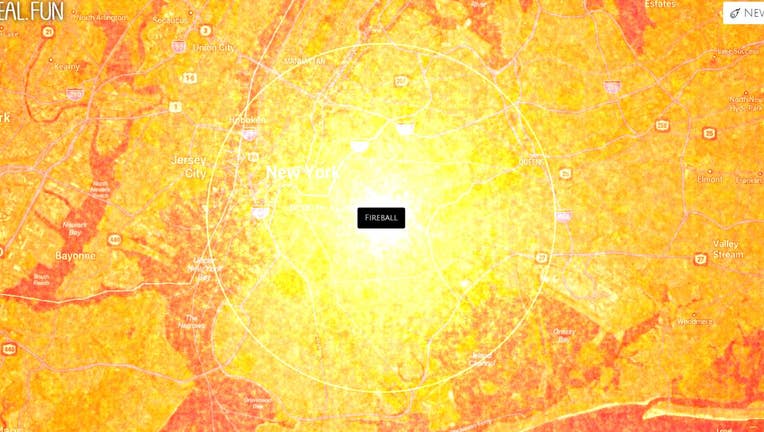 If an asteroid were to strike New York City, have you ever wondered how many people would be instantly vaporized? Then this morbid, interactive map is for you.

The admittedly addictive simulator, first shared by Metro, allows you to pick an area for an asteroid to strike, then see the mass devastation it would cause. It gives you info you never thought you needed, like how deep the crater would be, how many people would die from the fireball, and how far you can be from the asteroid and still have your clothes catch on fire.

For example, if you select New York City for impact, here’s some of what the asteroid simulator says would happen based on research by Gareth Collins and Clemens Rumpf, both of whom study the impacts of asteroids: 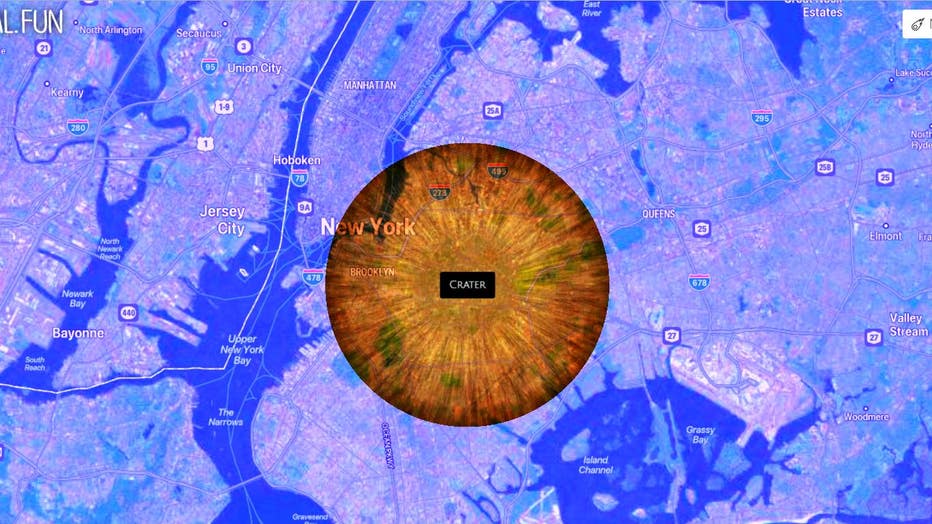 Coder Neal Agarwal, who created the simulator and a slew of other interactive games on his website neal.fun, told FOX TV Stations he’s a big fan of end-of-days movies like "Deep Impact" and "Armageddon."

"I've always wanted a tool that would let me imagine my own asteroid impact scenarios," Agarwal said. "I think the simulation can also give people an appreciation for how devastating an impact can be, and underscore why programs like NASA's DART mission are so important."

NASA’s Double Asteroid Redirection Test, known as DART, successfully sent a spacecraft to slam into an asteroid 7 million miles away as a dress rehearsal for the day a killer rock threatens Earth. The $325 million mission was the first attempt to shift the position of an asteroid or any other natural object in space. The spacecraft traveled for nearly a year to reach the asteroid and knock it off course.

The galactic slam occurred at a harmless asteroid 7 million miles (9.6 million kilometers) away, with the spacecraft named DART plowing into the space rock at 14,000 mph (22,500 kph). Scientists expected the impact to carve out a crater, hurl streams of rocks and dirt into space and, most importantly, alter the asteroid’s orbit.

"The inspiration for my projects can come from anywhere, from books and movies to a conversation with a friend," Agarwal said. "The goal of neal.fun in general is to bring back the gun and weird web. I want to use the power of the modern web to create fun and engaging digital experiences."