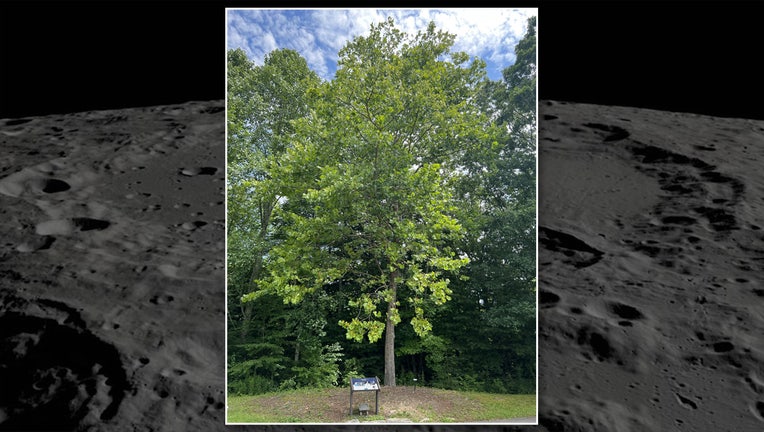 An American sycamore grown from a seed that flew aboard Apollo 14, one of the original moon trees, stands at the Cradle of Forestry, situated on the Pisgah National Forest in North Carolina. (USDA Forest Service & NASA photo)

CAPE CANAVERAL, Fla. - NASA’s Artemis program has deep figurative roots that go back to the Apollo moon missions of the 1960s and 1970s. And soon, it will have literal roots as well.

Tucked away aboard Artemis I are 1,000 seeds representing five different tree species, and they’re in for quite a ride.

"We’re working with the U.S. Forest Service," explained Rob LaSalvia, NASA’s manager for STEM partnerships for the Office of STEM Engagement. "They’ve actually helped us identify a bunch of tree seeds that we’re going to launch with Artemis and then return to Earth and sort of have an environmental education moment around these space-flown trees. So they’re going to help us grow them into seedlings and then we’ll distribute them." 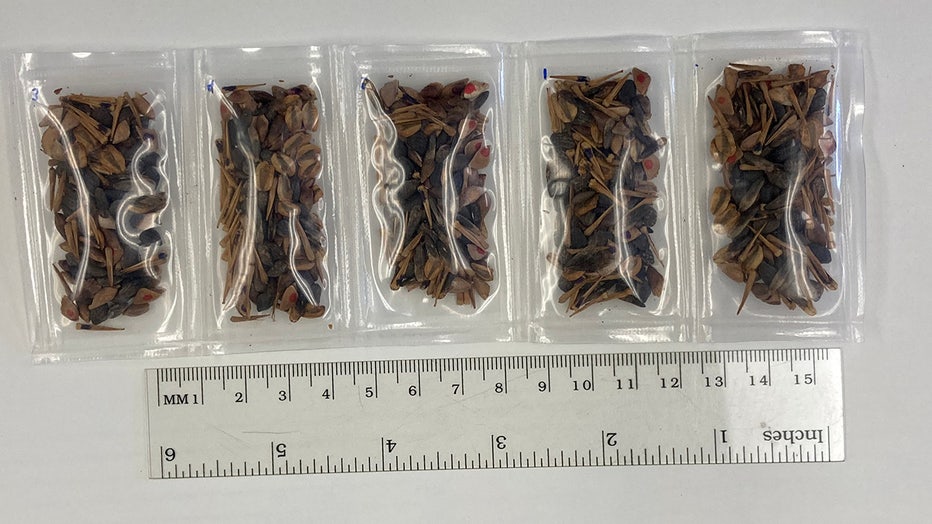 One thousand tree seeds are sealed in packets like this for Artemis I's trip around the moon. (NASA photo)

RELATED: Snoopy returning to space as ‘zero-G indicator’ on Artemis I flight

The Artemis I mission is due to blast off as soon as Wednesday morning on an uncrewed test flight around the moon. It’s a dry run for a future flight that will carry astronauts which, in turn, will be preparation for an eventual landing.

No humans have set foot on the moon since the Apollo days, and many of those astronauts have since passed. But the legacy of one of them is still growing in a very unique way.

"It actually harkens back to Apollo 14 when astronaut Stuart Roosa brought tree seeds aboard and had an Apollo tree program," LaSalvia told FOX Television Stations. "So we’re hoping to launch an Artemis tree program." 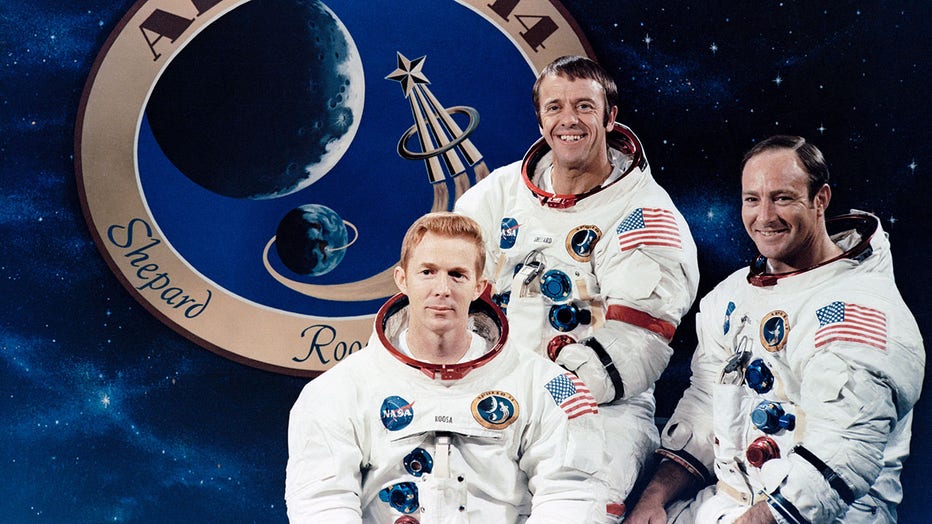 Roosa was the command module pilot for that 1971 mission and remained in lunar orbit while Alan Shepard and Edgar Mitchell walked on the moon. With the help of the U.S. Forest Service, Roosa – a former Forest Service "smoke jumper" – carried loblolly pine, sycamore, sweetgum, redwood, and Douglas fir seeds in his personal cargo kit.

Despite some drama after their return to Earth – the seeds were accidentally exposed to a vacuum during decontamination – they proved viable and many seedlings were eventually distributed around the country and around the world, from the White House to Japan.

LINK: You can see a list of the known moon tree locations here

NASA didn’t log all of their locations until years later. And now, with at least several dozen of the initial moon trees still thriving, the agency plans to add to the list. 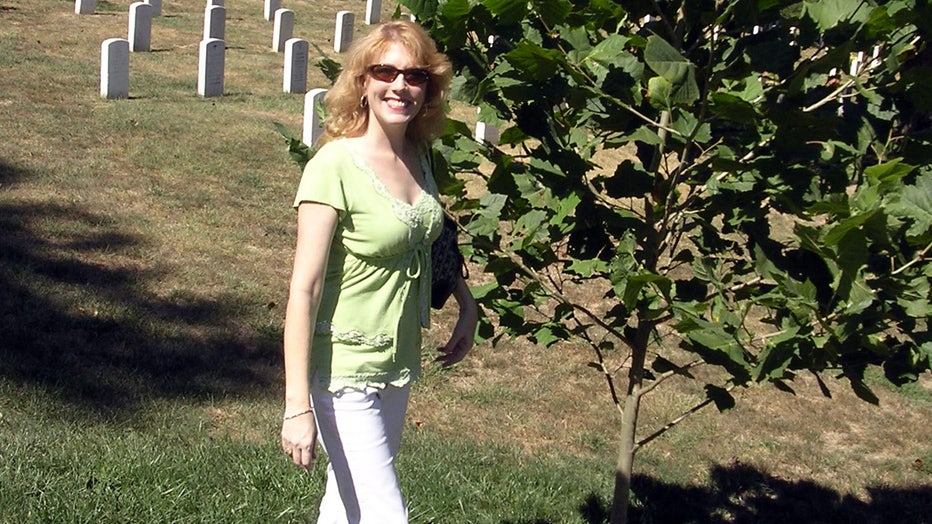 Rosemary Roosa, daughter of astronaut Stuart Roosa, stands next to the moon tree planted at Arlington National Cemetery in Virginia in honor of her father. (Photo courtesy of Rosemary Roosa, via NASA)

Artemis I is carrying 1,000 seeds for its six-week mission around the moon, which will actually travel father from Earth than Apollo 14 or any human-rated spacecraft.

They are mostly of the same variety as Roosa’s, with one substitution.

"Coast redwood, with a somewhat limited natural range, was replaced with its cousin, giant sequoia, which has more widespread use in parks and arboreta," explained Dr. Kasten Dumroese, a senior scientist with the USDA Forest Service. 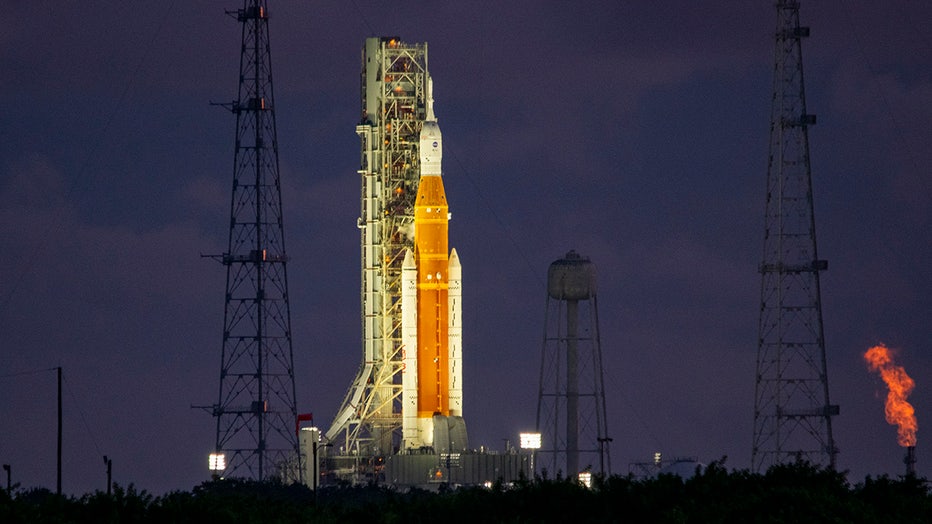 The Forest Service will germinate the newest moon seeds and then educational and public institutions across the U.S. will get a chance to serve as "moon tree custodians." NASA plans to release more details about that process after the mission.

RELATED: Artemis I’s LEGO astronauts: On a mission to inspire