Police are looking for a woman who gunned down another woman on a sidewalk in Brooklyn on Wednesday, Aug. 4. The killer drove off in a white sedan.

NEW YORK - The NYPD commissioner has announced an arrest in connection with a shocking murder caught on video in Brooklyn.  The woman, who has not been identified, was arrested by police in Jacksonville, Florida.

In August, a woman wearing black leggings, a silver belt, black and white sneakers, and a big white purse got out of a double-parked white sedan, walked around a parked BMW, stepped onto the curb, walked across the sidewalk, pulled a small handgun from behind her back, and put a bullet in the back of the head of a woman chatting with some people by a stoop.

The shooter then turned around, got into the driver's seat of the car, and drove off.

She did all this in front of several witnesses and video cameras.

The NYPD released video footage from those cameras showing the shocking execution-style murder of Delia Johnson, 42, on Franklin Avenue in Crown Heights.

"She shot my baby in the street. She used to come to my home, eat in my house," Berry told FOX 5 NY's Jessica Formoso. "I can't put it together. I can't understand, I don't understand that kind of violence today."

VIEWER DISCRETION ADVISED: Police released video footage showing a woman emerging from a car, walking up to another woman on a sidewalk in Brooklyn, and shooting her in the back of the head. (Via NYPD)

Johnson's brother told the Daily News he believes the killer followed his sister from a neighborhood funeral that they'd both attended.

"She was at a funeral earlier in the evening for an old neighborhood friend to pay her respects, and then this happened," Mathis Johnson told the paper. "It was horrible. That lady executed my sister."

Johnson leaves behind several family members, including a teenage daughter. 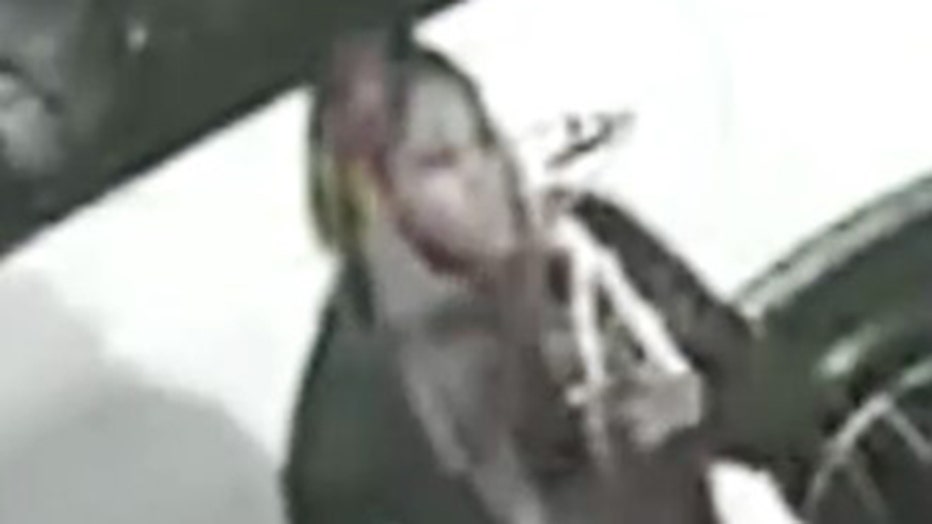 Police said this person shot a woman in the back of the head on a sidewalk in Brooklyn, Wednesday, Aug. 4, 2021. (Via NYPD)