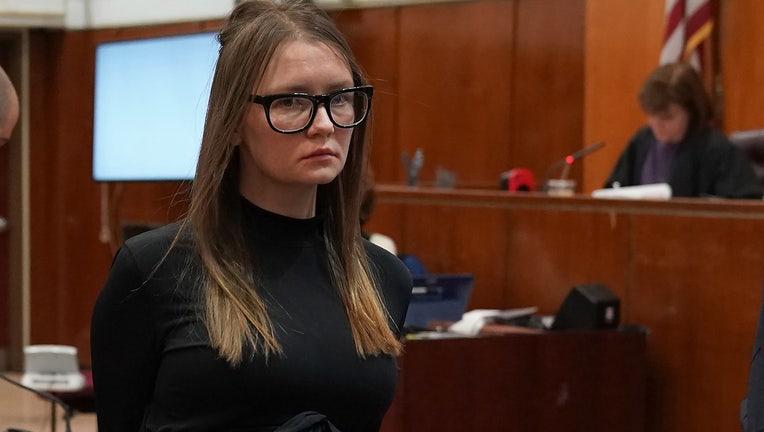 NEW YORK - Anna Delvey, whose real name is Anna Sorokin, has reportedly been released from the Orange County Correctional Facility in NY and will be deported from the United States.

The Post says that she was going to be put on a flight to Frankfurt on Monday night.

The fake socialite was featured in the Netflix docu-drama 'Inventing Anna' has been held since overstaying a visa. Sorokin came to New York City in 2013 and tried to get a huge loan to set up a high-end members-only club in Manhattan.

Sorokin, 30, got out on a "merit release" in February, according to the Department of Corrections and Community Supervision's inmate lookup website but ICE quickly took her into custody.

The New York Attorney General's Office had challenged the Netflix contract Sorokin signed for the rights to her now-infamous life story, invoking a state law that bans criminals from profiting off their own notoriety.

State prosecutors wrote in court filings that the $70,000 and royalties Sorokin was owed from her Netflix deal should be awarded as restitution to the Manhattan banks and hotels she defrauded.

Court filings, first reported by the Post, show Sorokin received an initial $30,000 from Netflix that went to her defense attorney, Todd Spodek.

New York's so-called Son of Sam law derives its name from the nickname given to David Berkowitz, a serial killer who fatally shot six people and wounded seven others in New York City in the 1970s. New York was the first state to enact such a law following his capture.