The mayor announced the return of alternate side parking rules. But he believes the city should make some permanent changes to how it works even after the pandemic ends.

NEW YORK - New Yorkers who own vehicles have gotten a respite from moving them from one side of the street to the other because alternate side parking regulations have been suspended during most of the coronavirus pandemic. But that break is coming to an end.

"Alternate side parking is like right up there with Satan in most peoples' views," Mayor Bill de Blasio said at a press briefing earlier this week.

The mayor called alternate side parking a necessary evil in order to keep the city's streets clean but he would like to see some changes.

"For one thing, I think there shouldn't be any block in New York City where it's more than once a week you have to move your car," de Blasio said. "That's something I have raised before."

Traffic expert Sam Schwartz, also known as Gridlock Sam, agrees with the mayor because he feels New Yorkers could use a break and that the streets have been staying relatively clean. However, he does acknowledge that the city faced challenges by not enforcing parking rules these past few months.

"I have no doubt there's been a loss in revenue in millions of dollars in parking tickets that did not get written," Schwartz said. "Every day that alternate side parking is in effect there are thousands of parking tickets that are written, there are scores of cars that get towed for that. All that equals revenue for the city. So the city has suffered." 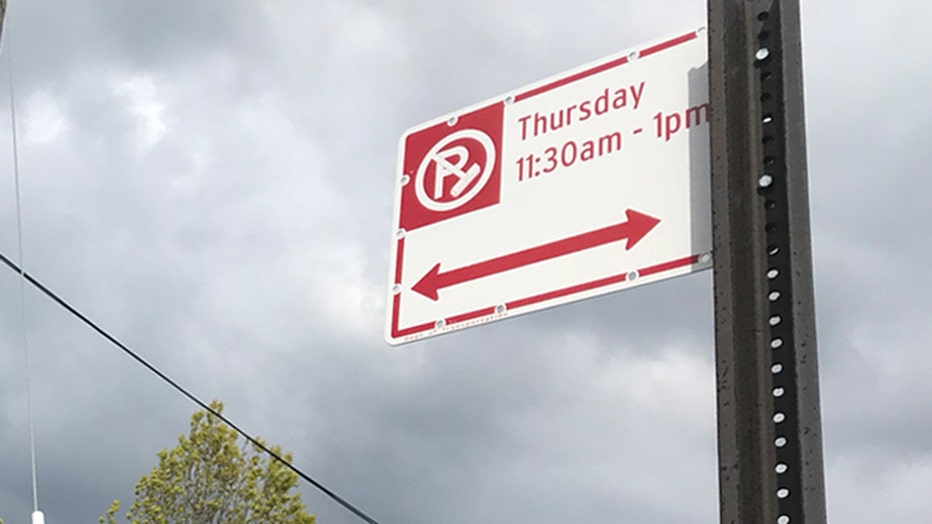 An alternate side parking sign in Astoria, Queens, N.Y. This sign means parking is not allowed on Thursdays between 11:30 a.m. and 1 p.m. (FOX 5 NY)

Schwartz said he believes the suspension will bring much-needed revenue but that this next phase of reopening may also bring more traffic than before. He also said he expects that we'll see an uptick in the number of trucks on the road.

"People are now getting deliveries, they may have already used up the stock that they had, offices are coming back and need more materials than ever before," Schwartz said. "It's a new game when you open your business now."