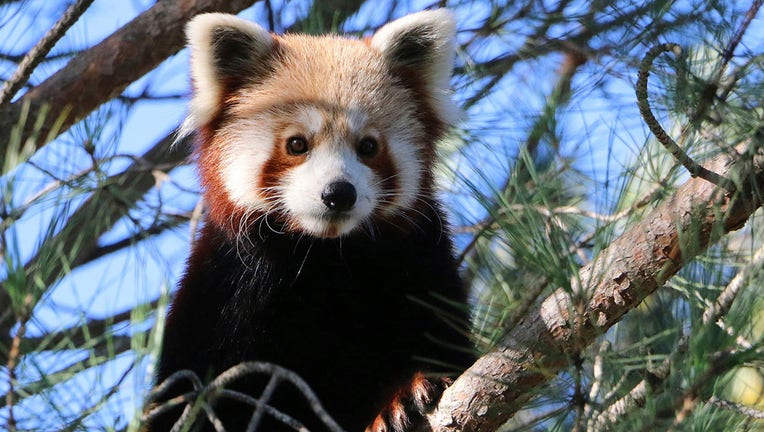 PARIS - A search is on for a red panda that broke out of a zoo in the Rhone region of southeastern France.

Officials at the Saint-Martin-la-Plaine Zoo said the endangered animal was last seen 5 kilometers from the park by a surprised motorist. The park said the red panda escaped last Friday by climbing up branches broken by snowfall and swinging from tree to tree.

The red panda, a cat-sized nocturnal animal with reddish fur and a shaggy tail, would probably spend "a good part of the day sleeping in a tree." The zoo advised residents to keep a look out "at the top of the trees."

Zoo veterinarian Jean-Christophe Gerard said the animal "has good claws and good teeth" and shouldn't be hugged, although it isn't considered dangerous.