Inside a crumbling tunnel under the Hudson

Amtrak is embarking on an aggressive and expensive program to fix a 110-year-old tunnel under the Hudson River because building a new tunnel is years away.

WEEHAWKEN, N.J. (AP) - Seven stories below street level on the edge of the Hudson River, a race against time is being waged, foot by painstaking foot.

At stake is the health of a crucial component of the New York region's aging and overburdened mass transit ecosystem: the North River rail tunnel, a 110-year-old tube that carries multitudes of commuters to and from Manhattan, including Amtrak trains on the busy corridor between Boston and Washington.

With a new tunnel potentially a decade away due to funding questions, Amtrak has embarked on an aggressive and expensive program to fix the most pressing problems in the leaking, crumbing tunnel before they become intractable and force an extended shutdown.

On a recent Saturday morning in Weehawken, workers used heavy machinery to clear away chunks of the tunnel floor after rails and wooden ties had been removed.

The goal was to get at a small pond's worth of standing water that can degrade the tracks and wreak havoc on the tunnel's electrical systems, sapping power or sending a false signal that a train is on the tracks. 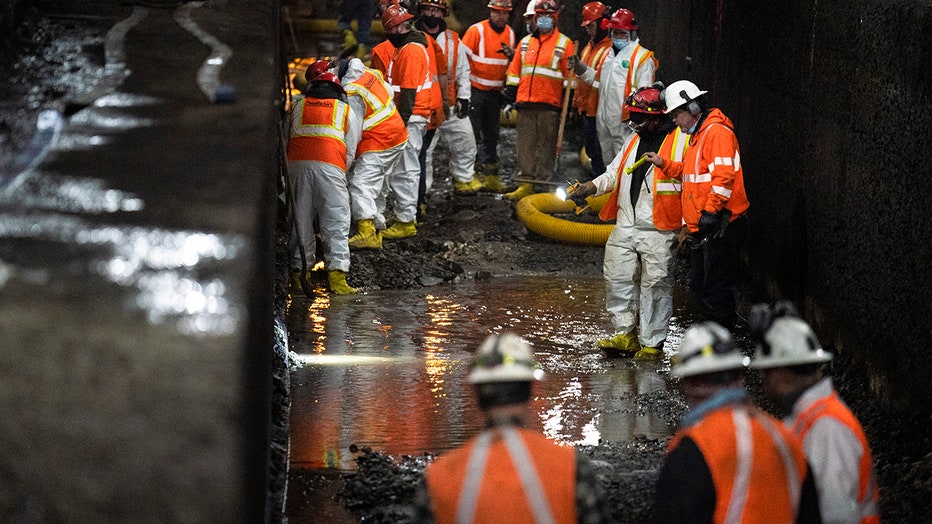 Amtrak workers inspecting a leak and repairing damage in a partially flooded train track bed, Saturday, March 20, 2021, in Weehawken, N.J. With a new rail tunnel into New York years away at best, Amtrak is embarking on an aggressive and expensive pro

Over a weekend, about 400 feet of track and 360 tons of ballast — the bed of rocks on which the track rests on — would be removed and replaced, and millions of gallons of water pumped out. Crews are also injecting a sealant into the walls and ceiling.

"You never stop all the leaks; it's just a matter of keeping the water moving," said David Pittman, Amtrak's director of facilities and tunnels. "It's like playing whack-a-mole. It's never going to stop."

Officials have estimated the rehabilitation work in the roughly three-mile span could cost as much as $150 million or more.

"If we had a new tunnel we wouldn't be spending anything on it," Amtrak Chairman Anthony Coscia said. "The real cost is, what is it going to take to take a 110-year-old piece of infrastructure and make it last for another seven years and not just make it hobble by, but make it highly reliable? The price tag for that is, in some sense, whatever it takes."

For Amtrak, which already has to rely on a Civil War-era rail tunnel in Baltimore and other infrastructure built in the early 20th century, building a second tunnel into New York, at a cost now estimated at $10 billion, is considered a top priority.

A look inside a Hudson River train tunnel that carries 150,000 passengers a day.

"We're at the point where we know, as a nation, that our assets were formed at a certain point to where they're all kind of reaching end-of-life at the same time," Pittman said. "So it's all coming due."

The challenge is multi-layered. The work, mostly protecting the tunnel from the destructive effects of water leaking in, requires the shutdown of one tube on weekends and must be finished before the Monday morning commute. On a broader scale, it must keep the tunnel operating reliably for years until a new tunnel is built and the old one can be closed for a complete overhaul. 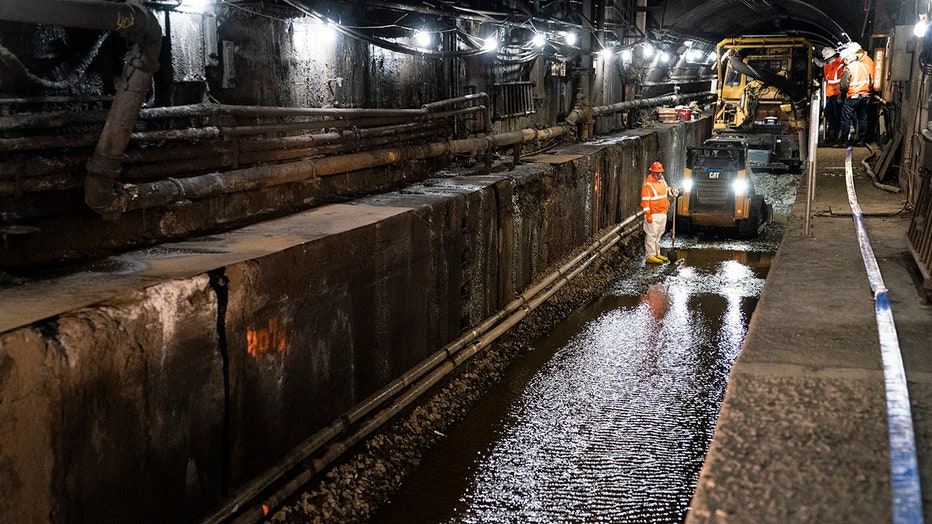 The signs of age are everywhere.

Three-foot-wide bench walls that jut out from the tunnel's pockmarked walls are the original 1910 concrete and are chipped and crumbling, with metal plates covering some of the worst spots. These are the only ways for workers to get down onto the tracks. Some of the wiring and other fixtures date back 80 years.

Inside the bench walls is a network of cables that includes the 12,000-volt lines that power the entire tunnel — and that can bring trains to a standstill if they malfunction.

That has happened more frequently since Superstorm Sandy inundated the tunnel in 2012, as the normal incursion of groundwater into the tunnel now activates saltwater deposits that can eat away at the concrete. 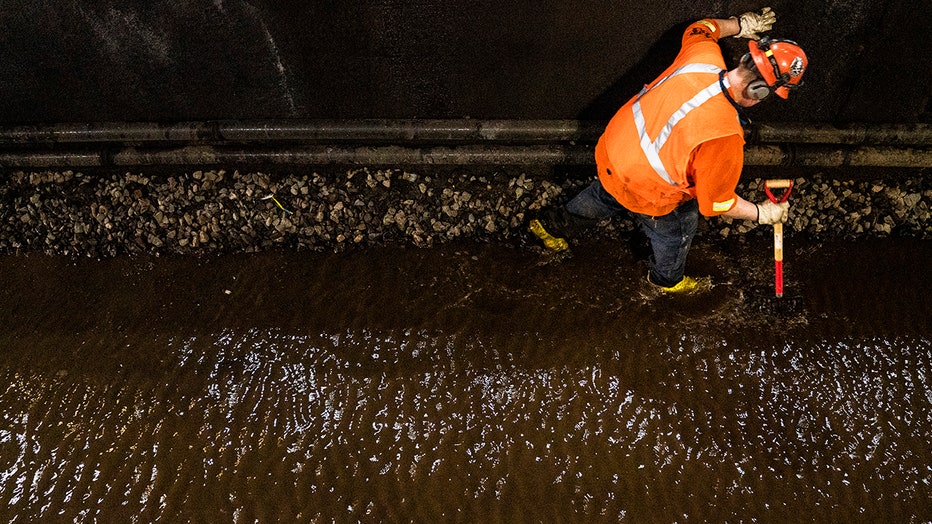 A 2019 study found that on average, rail travelers between New Jersey and New York experienced delays of at least five hours more than once per month in the previous five years, and that about three-quarters of the delays were caused by problems in the tunnel.

Against that backdrop, a funding dispute between local lawmakers and the administration for former President Donald Trump stalled the new tunnel project for four years.

Supporters received good news Thursday, however, when Transportation Secretary Pete Buttigieg indicated he would advance final environmental approval by June, a key landmark that will enable engineering, design work and land acquisition to proceed while funding is secured.

"The Biden administration recognizes how critical this project is to our regional and national economy, and that is a change as welcome as flowers in spring," said Sen. Charles Schumer of New York, who met with fellow Democrat Buttigieg in December to urge him to support the project.

In the meantime, it will be up to the repair crews to keep the trains running.