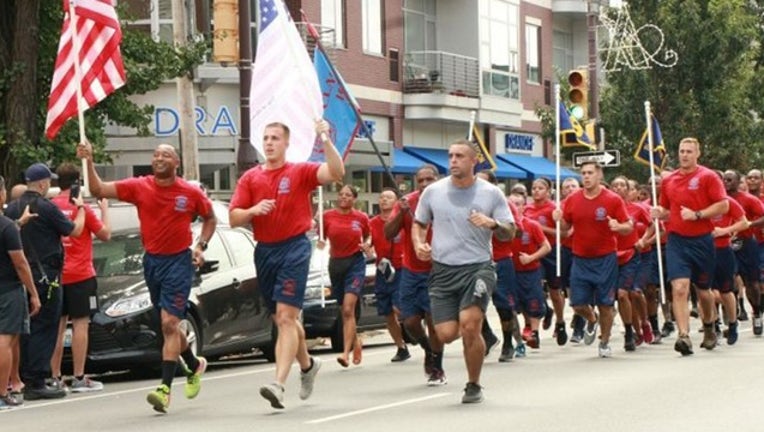 FOX 29 Philadelphia - On Wednesday, runners continued their 240-mile journey from the Pentagon to Ground Zero as a tribute to those who lost their lives in the September 11th terror attacks.

The 9/11 Promise Run was born in 2016 with a team of seven runners from different backgrounds. The group ran the relay while raising more than $23,000 for charity.

On Wednesday, runners will cover about 80 miles and finish at the 9/11 Memorial in New York City. Other participants biking from the Pentagon to Shanksville, Pennsylvania, will attend the September 11th Observance Ceremony at the United 93 Memorial in Stoystown.

Now in its third year, the event has raised a total of $150,000 for various nonprofits, including Tuesday’s Children, FealGood Foundation, American Red Cross, Operation Homefront and Hope For The Warriors.

In 2018, the organization established itself as a 501(c)3 charity to provide scholarships to the children of first responders and military members who have either died or become injured and are not able to return to work.

Those interested in donating to the 9/11 Promise Run may do so here.