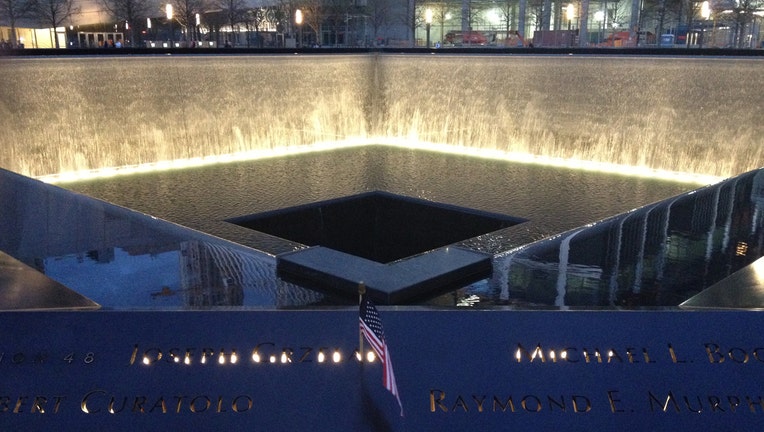 One of the reflecting pools at the 9/11 Memorial in New York City. (FOX 5 NY/Arun Kristian Das)

NEW YORK (AP) - The Sept. 11 memorial plaza will reopen to the public on July 4, more than three months after it was closed due to the coronavirus, the 9/11 Memorial & Museum announced Tuesday.

Visitors will once again be allowed to approach the memorial pools that sit in the footprints where the twin towers used to stand, but the museum at the site remains closed. A plan for its reopening is in the works.

The memorial and the museum had been closed since March 13, with the water flowing into the pools turned off except for maintenance and the area roped off to keep people away from the panels of names listing those lost in the attacks.

"As we recognize our independence and honor our freedoms, and those who protect them, the opening of the 9/11 Memorial symbolizes how we as a country can endure, persevere, come together and rebuild even after living through dark and uncertain times," former New York City Mayor Michael Bloomberg, chairman of the museum board, said in a statement.

The memorial will open with safety protocols to enforce social distancing regulations, said Michael Frazier, spokesman for the museum and memorial.

Revenue from the museum funds much of the memorial's operating costs. With the museum closed, the facility has taken a significant financial hit and donations are being sought, the museum said.